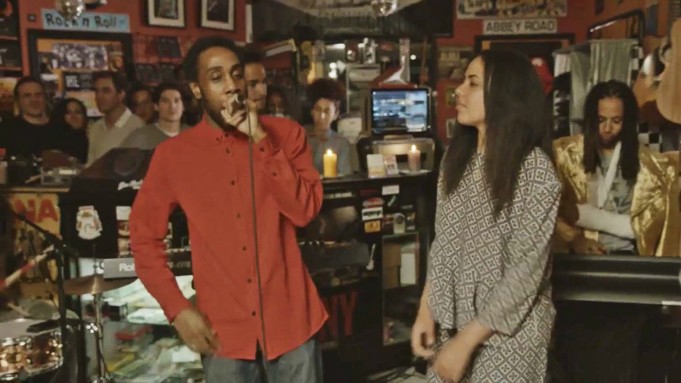 Following on from our Reality Road coverage with features music artist Mapei and her journey through Europe with the awesome Volvo Trucks. Today episodes 7 and 8 have now been released.

If you saw episode 6, then you would have seen Mapei getting her driver (Jens) to be a little bit more spontaneous, Reality Road Episode 7 ’Vaulting in Verona’ is the continuation from this. After calling on the Volvo service team to fix the truck after the epic Volvo Truck ice skating scene, the group are off to Italy for the next episode. Spoiler Alert: Can Mapei ride the horse? Watch the video above to find out.

The penultimate episode see’s Mapei, reflection on the journey through Europe. Watch as they give Jens a makeover and teach him how to dance. This episode probably the most heart felt of all the episodes. Spoiler Alert: Watch the tears at the end of the episode.

Watch the intro: Music artist Mapei stars in new Volvo Trucks TV series “Reality and part 2 can be seen here: ‘Let’s get Europe Dancing’ with Mapei and Volvo Trucks and Episode 4,5 and 6 released.