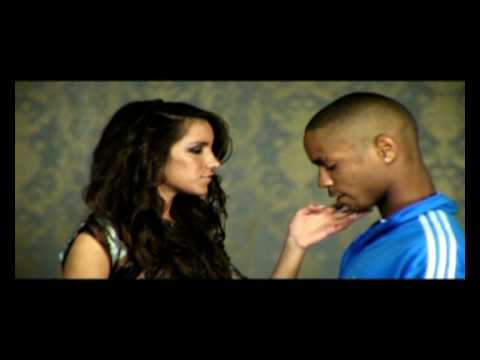 Ghetts, Shola Ama, Omar, Devlin and a host of other grime and rnb talents from East London were out in full force last Thursday and Friday (23 July) for Re: Definition at The Theatre Royal, Stratford East performing at one of the best music showcases I have seen in ages.

A co-production with Urban Development, Theatre Royal Stratford East and The Barbican, Re:Defintion (part of CREATE 10) explores East London’s rich past, present and exciting future through the eyes of its homegrown talent who performed with a live band.

Rapper Mikill Pane was the perfect host/narrator to lead the event through from beginning to end with his intelligent lyrics and quick wit. All the artists sat on stage taking it in turns to step centre stage to perform and their timing was excellent. Dressed head to toe in two different tones of denim Ghetts had his usual energy and swagger as he performed Don’t Phone Me and rising star Maxsta also had a verse on this and the youngster killed it with his tunes Second Chance’ and ‘East London is back – where he was joined by Ghetts, Lioness and Fumin’.

Singer Ny looked sexy in a short white patterned t-shirt dress and her beautiful voice flowed effortlessly over the beats supplied over the live band. This is the second time that I’ve seen Maverick Sabre perform live and once again he proved that he is exceptionally talented and the world will be hearing his name a lot more in the future. Remember where you heard it first.

Dressed casually in tracksuit bottoms and a white tee Devlin looked relaxed on the stage as he performed Brainwashed and London City with ease and major applause from the crowd. MC Versatile and Bongo Man part of the Crazy Cousinz camp hit the stage to perform Bongo Jam and The Funky Anthem. Although the audience loved the tracks beat compared to the other artists their performance wasn’t as engaging.

My favourite three performers of the night were Omar, Shola Ama and Lioness. Omar sang There’s Nothing Like This’. His voice and the song are timeless and had everyone in the audience singing along. Shola Ama had the same reception when she performed ‘The Sweetest Taboo’ and proved that she’s still on top vocally when she sang ‘Blow ‘em Away’ the song which Giggs features on the original version.

When Lioness performed ‘Good For A Girl’, her lyrical delivery, the medley and how she carried herself on stage blew me away. She was fantastic period!

The performers were all assisted by the Urban Development vocal collective for the backing vocals and they were superb and performed a medley of urban hits throughout the years from Soul to Soul’s ‘Back to Life’, to Fish Go Deep’s ‘The Cure and The Cause and they were also accompanied by a beatboxer.

The night ended with Shola Ama taking lead and the artists on stage and the crowd wishing Urban Development Happy Birthday as they have now been around for 10 years. If you missed this event, you missed a fabulous night of music and entertainment but I’m sure UD will be around for to put on more amazing events for your viewing and hearing pleasure.