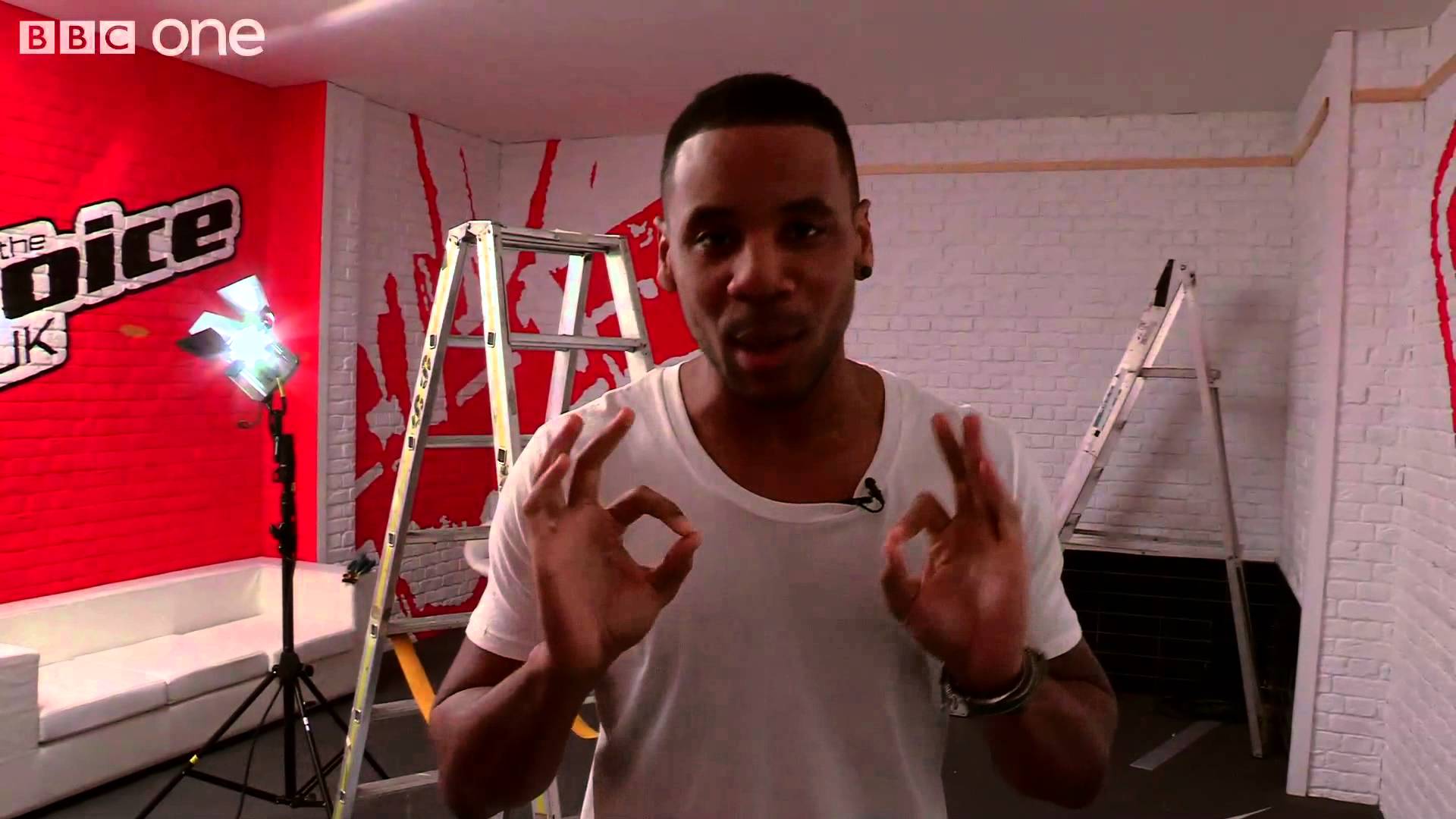 Reggie Yates is in good spirits – and he has every reason to be celebrating. Since his 1993 TV debut on Channel 4’s sitcom ‘Desmond’s’, he has since became a household name.  From presenting ‘Top of the Pops’, ‘Mobo Awards’, Radio 1’s ‘Chart Show’ as well as appearing in ‘Grange Hill’ and ‘Doctor Who’, Reggie’s presence has been unavoidable. His current project is The Voice UK – or to be more precise, the talent show which Simon Cowell considers “a challenge” in the Saturday night rating’s dominance.  But although Reggie may be spending more time these days on Television sets, he was happy enough to take sometime out to tell us all about The Voice, his most embarrassing on-air moment with the Sugababes and more.

It’s a really exciting project to be a part of. We started shooting it in December [2011], so we’re well on our way to being done with the series. I think it’s a special little program.

What will you bring to the show?

Well, hopefully people won’t be focusing on what I am doing, the coaches or what Holly is doing. It’s all about the artists, the performances and the people that get on the stage and sing.  They should be the stars of the show, and although it’s a great opportunity to host something like this it isn’t about me at all.

How did you get the job?

I am fortunate enough as a presenter to now to be at a point in my career, where production companies and television channels will contact me and say look, “We are thinking of you for this.” I do not have to go to auditions anymore, which is great. I mean they just contacted me and said, “We are thinking of you.” After going into a meeting, I got the call saying, “We would love you to do it.” If someone had said to you when you were 8-years-old that you’d be doing this as a living, what would you have said to them?

I would have said brilliant! [Laughs]… I sort of made a decision at 8-years-old that I wanted to do this as a living. It sounds as if I am making it up, but I started working at that age and when I got a paycheck off the back of my first ever job, I said to my mum, I really want to do this.

Do you ever get used to seeing yourself?

Because so much of what I do is live I don’t really get to watch it, but there is the occasional show.  When I am watching something back I am not doing it to be vain but to see if it’s translated in a way that I hoped it would. I am very critical and at the same time as it’s just a job, I have well passed the stage about being excited about seeing myself on TV.

What’s been your worst on-air moment?

The worst thing I think I’ve done is swear. I have only done so on air once and I’ve been doing television for a long time. I was really surprised when I did it. But I was with the Sugababes in the studio, and I was cracking a joke with Amelle about how her backside had got bigger and how much it had suited her.  We were laughing and messing about then the song finished, and the mic came up, and I was like “Hey, we’re live how you doing. We have got sh*t loads of texts.” As opposed to saying we have got lots of texts.

We all know how daunting live television can be. Are you prepared for its unpredictable nature?

Yeah, I am excited. I started out on live TV, so I love live television. I am well up for it and it’s great because of the unpredictable nature.

For those who are unaware of what The Voice is about, how exactly would you describe it?

It’s about finding a talented artist. The first stage of the competition is quite special because the coaches are not facing the stage. Instead, they have their backs turned and their reactions are based almost entirely on the quality of the voice they hear. The second stage is the battle stage where each coach takes their ten artists and gets them to sing against each other. They are basically trying to out-sing each other, whilst at the same time trying to impress the crowd. Then the final stage is the live version of the show.

Simon Cowell says he sees The Voice as “competition.” Will you be keeping an eye on rivals like Britain’s Got Talent?

I am not even looking at what anyone else is doing, and I think that’s the attitude of everyone involved with The Voice. It’s not about competition or who’s better. What we are making is a really, really exciting TV talent show, and I think we’re hopefully going to produce some really credible musicians. I think comparing and contrasting is not really my style and I don’t think anyone on The Voice is doing that or got involved for that. This isn’t about fighting with any other channel this is about making the best program we can make.

The coaching line up for the show includes Will.I.Am, Jessie J, Sir Tom Jones and The Script’s Danny O’Donoghue. How are they all getting on? Any bickering?

It’s not the sort of show where people argue, it doesn’t have that sort of energy or that sort of vibe. Basically, it’s about trying to find a credible musician and at the same time helping those who do not make it through to the next stage of the competition. So anybody’s ego getting in the way of progress is out of the question. That is not going to happen and to be honest I can’t see it happening either.

How is Jessie J working out as a coach?

Someone like Jessie J has only been in the industry for a hot minute, but when you really check her rap sheet she’s had three record deals, written some of the biggest pop songs in the last five years, and she is incredibly talented.  So when it comes to finding someone who understands the industry you won’t find anyone better.

How have you bonded with Holly?

I have known Holly a very long time, so we didn’t need to do any bonding. It was more a case of just enjoying the show, and getting our heads around it.

You’re an actor, presenter, dancer and also an occasional rapper. Do you have any other hidden talents?

I am in a fortunate enough position to indulge my passion, and I do what I love. I throw parties, I act, present, take photos and do lots of other different things.