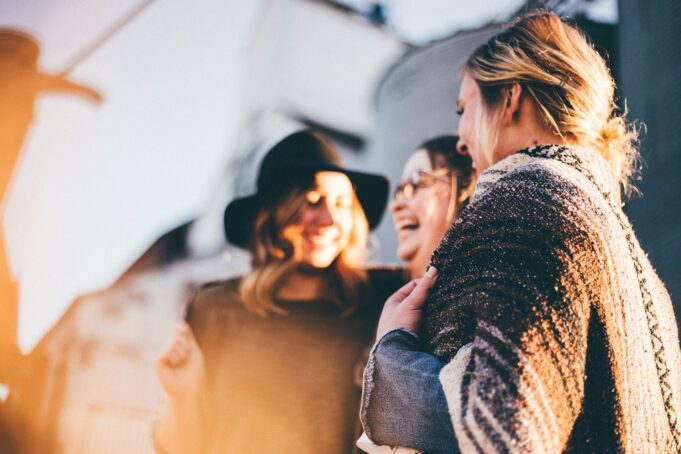 If we’ve learnt anything over the years, it’s that fashion has long been a force to be reckoned with. As well as providing us with the ability to portray our own unique aesthetics and the message we want to get across about ourselves, fashion is a powerful tool for change.

With successive fashion designers rewriting the rules and turning what we thought we knew about fashion on its head, each iconic design can be seen as a reflection of what was going on in society at the time.

Particularly for women, trends have been utilised to shake up the existing industry standard, and such fashions have since become symbols of bold, revolutionising moments. Let’s take a step back in time and revisit the styles that shook things up, the trends that changed our fashion journey.

Androgynous Dressing in the 1920s

In the 1920s, before the likes of Gabrielle ‘Coco’ Chanel, men’s and women’s fashions were distinct and rigid. Her iconic suit designs changed all this, disrupting the idea of gendered fashion and giving women the option to wear something other than a dress. Her style creations were inspired by the traditional masculine wardrobe along with sportswear designs, that allowed the wearer to be comfortable as well as fashionable. She favoured tweed fabric, which was associated with masculine styles, practicality, and most certainly not with glamour.

Adding masculinity into women’s fashion for the very first time allowed for comfort, creativity, and a move away from the norm. Through these means, Chanel’s suit became a symbol of First Wave Feminism in the 1920s. However, Yves Saint Laurent took the design to the next level decades later. The creation of the Yves Saint Laurent “Le Smoking” tuxedo, aligned with the ideas behind female empowerment and sexual liberation. In an era in which very few public places even allowed women entry when wearing trousers, the tuxedo design was ground-breaking, disruptive, and provocative.

Sexual Liberation in the 1960s

A decade associated with one of the biggest turns in fashion history and a fashion trend that championed sexual liberation in the swinging 1960s was Mary Quant’s iconic mini skirt. Despite Chanel’s earlier pioneering fashion efforts, even she expressed shock and disbelief at this radical thigh-grazing style, famously questioning: “Have they all gone mad?”. The mini skirt was created in the context of female empowerment, and it encouraged women to reclaim their bodies and be able to express themselves however they desired. The cutting-edge mini skirt fast became a symbol.

As well as being risqué, this piece was also designed to be comfortable, easy to wear, and affordable to the masses. It signified the fact that women could now wear and do whatever they liked.

The punk movement is well-known for rewriting the rules. The anti-establishment subculture was expressed boldly using fashion trends such as tartan jeans, intentionally ripped clothes, and paperclips. As punk progressed into the 1980s, street punk style brought us even more extreme versions of the iconic look, incorporating studded chokers, mohawks, tattoos, and facial piercings.

Two main themes of the punk fashion embodied anarchy and chaos — a subculture centred around toppling the establishment. This was reflected in the untamed fashion which went out to specifically change any previous fashion ‘rules’.

Changing the Game in the 2000s

This ‘girl power’ brand of feminism, which reminds us fondly of the Spice Girls, is partially responsible for yet another fashion revolution. Yes, the Spice Girls brought back Mary Quant’s mini skirt with a big impact, but they also brought us Sporty Spice and signified that women could, at long last, be fashionable, comfortable, and sporty all at once.

Sportswear hasn’t wavered in popularity and continues to creep into mainstream fashion, with trainers, leggings, and crop tops no longer limited to the gym. These comfortable clothes allowed women to reject high heels and push-up bras if they wanted to, while still being able to embrace mainstream fashion and make a statement with their wardrobe.

The Future of Fashion

The boundaries of fashion are still being pushed and today in 2020 we are beginning to see more and more people throw gender-focussed fashion out of the window. Our current fashion revolution can perhaps be paralleled with the punk movement: the rules have been discarded and people are free to express their style however they like, regardless of their gender.

Interestingly, from celebrities like Ezra Millar and Harry Styles on the red carpet to cult fashion publications such as Fruitcake Magazine, the fashion world is beginning to reject gender-locked fashion and brands are following suit. In discussion with the National Museum of Scotland, Fruitcake Magazine founder, Jamie Windust, described their views on fashion and gender: “I think for me fashion was one of the first ways that I explored gender. I was kind of questioning it, and I think for a lot of people that’s quite common; to just play with it, to have a bit of fun.”

Clothes are constantly allowing us to test the boundaries of both aesthetics and society. With the rules of fashion being constantly blurred and rewritten, we’re excited to see what the future holds in store.