We know you since you won the Digicel Rising Stars last year. Could you tell us more about this competition and your early years ?
I think it’s the best competition that has ever happened to Jamaica, the best start that a prospective artist could ever get. Digicel Rising Stars was great to show Jamaica and the world my true potential, it was really hard but enjoyable. I started out in church, I used to sing on the youth choir and at concerts, when I started going high school in first form one teacher who saw me at one concert invited me to sing at devotion one monday morning, everybody was impressed and I auditioned for the school choir and I was given the opportunity of being the lead singer, we entered a choir competition in 2006 called “All Together Sing”.

What are your main musical influences ?
“Artists like Bob Marley, Alton Ellis, Beres Hammond, Sanchez and a whole host of others.

You received during the final of the Digicel Rising Stars $1,000,000 Jamaican dollars. How did you spend this money ?
That was just like to help to pay my school fee. I’m working also to finishing off my mothers’ house so it was just like a start for me.

You won also a recording contract for 3 singles with Greensleeves Records. What are the terms of this contract ?
We did two songs “This Love” with Richard “Shams” Brownie and “Always On My Mind” with Donovan Germain and a music video. Since doing those songs nuthing really happened with them the video…. Well since we did a new one that is doing really well now I kinda saw it every now and then so that’s all.

Do you know Christopher Martin who won the Digicel Rising Star one year before you ? We could think that he’s your brother (smile) ?
A lot of people say that everywhere I go, some people even call me Chris (laughs). We are good friends. I used to stay at his place sometime during the competition, cause I was living in the country and it was too far.

You recorded your first songs for Donovan Germain’s Penthouse label the last year. How did you get connected ?
Germain told me that Tony Rebel was the one who told him to voice me. I meet Germain a couple weeks after the Digicel Rising Stars. When he first heard me sing he told me I have the potential and he wanted to do some recording with me. That was how the connection started.

Can you tell us more about your first hit song for Penthouse “Can’t Sleep”, a wonderful social commentary.
Every day we hear on the news all the killing thats going on and the fact behind these stories is that it’s the youth who are doing the act. So therefore I was saying to myself that since this song might be one of the first song Jamaica was gonna hear from me since winning, I wanted it to be something positive that one can relate to. Germain listened to it and his musicians built a riddim. That was it “Can’t Sleep”.

You seem to appreciate oldies. 2 of your singles for Penthouse are tributes in to this period : your version of Toots and the Maytals’s song “Times Tough” and “Alton’s medley”. It can seem surprising for a young singer who did not know this period, no ?

Germain introduced them. These are songs I love listening to. We both decided to work with them, I was excited to sing them. The songs were right for the time.

On your single “Love Doctor” on the Automatic riddim, you used, like some other artists on this serie, Auto-Tune. What is your opinion about that new technology ?
I wasn’t the first to record on the riddim, but I think it’s nice although I know they never had to use it but it’s cool people love.In my opinion the auto tune technology does not make a big difference to the music cause honestly I prefer when it’s the normal way

You are new in the reggae industry (you 18-year-old just) but you have the luck to benefit from the experiment of Donovan Germain. what does he bring you on the musical plan and also concerning the business side ?
Germain has a lot of experience in the business. He is a producer well known for developing young talents. Right now he has shown me a lot about the business side as days goes by and the plan on putting out my career. I really love it so we are just working hard right now.

You created your Myspace a few months ago. What is you personal use of internet ?
To check my myspace page, emails, Tagged and MSN.”

Are you going to continue your studies in parallel with your musical career ?
Yes. Bachelors degree in music performance, major in voice and minor in keyboard at the Edna Manley college of the visual and performing arts in Kingstown.

Could you tell us more about your studies ?
I’m doing preliminary qualification course now so even though I’m attending the school, I’m not yet in the school. I’m now doing 5 subjects including : Keyboard skills, Voice, Listening & appraisal, Aural & sight singing and Music theory. After passing all these areas, I’ll be qualified for year 1.

To conclude, what are your plans ?
My plans are just to continue make good music that can either uplift the people or make them enjoy themselves, finish school and just live a peaceful life. Concerning my collaboration with Penthouse, we are working on an album project but we don’t know when it will be released. 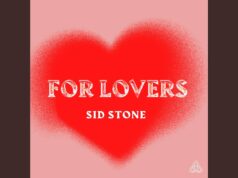