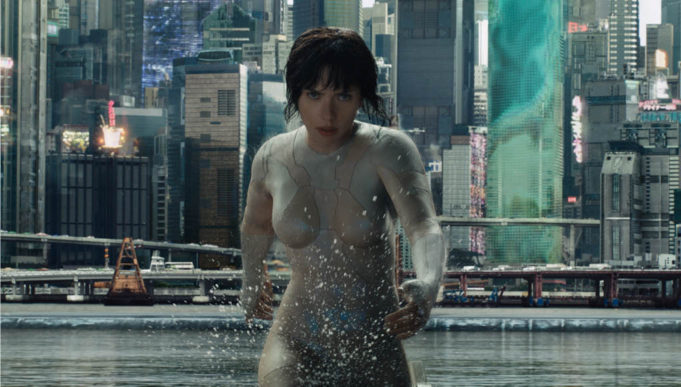 Hollywood quickly gained a starlet in Scarlett Johansson after she received critical accolade from her breakthrough performance in 2003’s Lost in Translation.

Johansson has since gone on to become one of the most successful actresses this generation, and in recent years, has graced our screens in a string of science-fiction blockbusters. As her latest futuristic endeavour – Ghost in the Shell – becomes available for digital download on July 24th, let’s look back at the films which have crowned Scarlett Johansson a sci-fi screen-queen! For nearly the last ten years, Scarlett has been suiting up as Natasha Romanova, AKA Black Widow. Making her first on-screen appearance in 2010’s Iron Man 2, Johansson’s Black Widow has since gone on to become a much-loved member of The Avengers team and a major character in Marvel’s Cinematic Universe. Her incredible fighting abilities and exceptional intelligence certainly verifies the fierce and formidable Black Widow a celebrated hero. As Marvel continues to expand their team of cool and kick-ass characters in preparation for the highly-anticipated Infinity War, this hugely successful franchise has enabled Scarlett to stand strong at the helm.

In Spike Jonze’s 2010 sci-fi/romance hybrid, Johansson ascertains that her acting abilities can transcend beyond on-screen performances. Scarlett dazzles lending her silky, husky-toned voice to a high-tech computer operating system, which leading man Joaquin Phoenix falls for. The movie went on to be nominated for a string of major awards, including Best Picture and Best Song at the 2014 Academy Awards but scooped the win within the screenwriting category.

In this sci-fi thriller, Johansson plays the title character Lucy, who gains psychokinetic abilities after a nootropic drug is absorbed into her bloodstream. Released in the summer of 2014, the film was a box-office success, grossing over $463 million, however, critics were left disappointed by a nonsensical plot that focused on being able to gain conscious control over the entire brain. Despite this, the film was praised for Scarlett’s charm and empowering performance.

Partnering up with Ewan McGregor for this futuristic adventure, Scarlett stars in her first of many science-fiction blockbusters. Set midway through the 21st century, Michael Bay presents an alternate world where human clones are harvested to provide needed organs for their original counterpart. The clones, however, are not aware of the reality they are destined to fulfil. When the movie flopped at the box-office, producers blamed the minor status of Ewan McGregor and Scarlett Johansson for its commercial failure.  The pair both went on to become household names and Scarlett continues to shine as a leading sci-fi action star.

April 2013 saw the release of two Scarlett Johansson sci-fi movies: Marvel’s Captain America: The Winter Soldier, which starred Johansson’s Black Widow, and the alien flick Under the Skin. The Captain America sequel may have been far more successful at the box-office, but Scarlett still brought a haunting and highly praised performance to Under the Skin, portraying a man-hunting, other-worldly woman.

Ghost in the Shell

Based on the Japanese manga of the same name, Scarlett Johansson is the titular Major, a cyborg tasked with taking down a diabolical hacker with her squad of investigators. In probably her biggest and most elaborate sci-fi role, Scarlett was initially met with Hollywood ‘white-washing’ criticism, but the movie overall was praised for a faithful visual style, exciting action sequences and stirring musical score.

Scarlett Johansson - Ghose in a shell
1 of 30

Ghost in the Shell – Available now on Digital Download