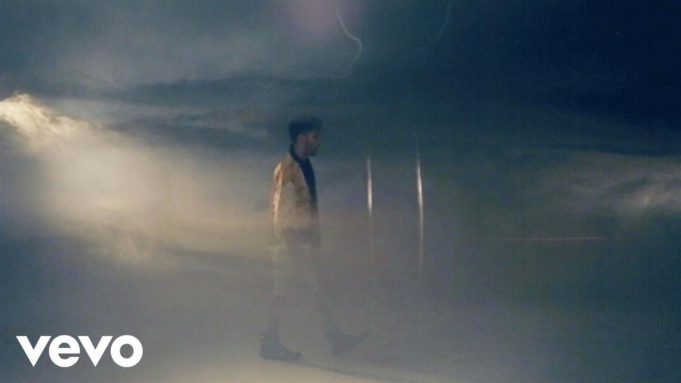 An independent rep for the elusive artist revealed that the genre-bending single achieved 750K digital streams this past week. Exos spent the past couple years as a songwriting gun-for-hire, but seems to have shifted back to solo performer with a series intimate pop-up shows across North America. Fire & Brew sees his first release since the critical acclaim of the title track off his debut album, Telegraph, that reached #18 on U.S. radio charts in 2015.

“We co-created such a natural love story here… the piece is a powerful expression of masculine and feminine energy,” says celebrated music video director, Indrani, best known for her work with Beyoncé, Lady Gaga, Alicia Keys and David Bowie.

Written about the vulnerability of love when physical aspects fall away, the strong melody rides lush production with all-female background vocals on a wave of emotion. Self-penned and recorded at the legendary Capitol Records, opaque visuals explore light play to hauntingly reveal the all-consuming nature of the [now dissolved] couple’s relationship.

With nods to Sam Cooke and Prince, Fire & Brew was co-produced with Atlanta powerhouse R&B duo POKET. The artist instantly connected with the drummer-half of the duo, Bennie Rodgers II (Mariah Carey, Keri Hilson) when Exos appeared for his notable live Daytrotter session. Ron Avant (of Anderson.Paak’s Free Nationals), a longtime collaborator, played keys on the original recording. “Kai started out in church and a lot of his roots are on this record; it’s that classic song structure that takes you back to The Motown Era,” added Rodgers.

The video premieres worldwide on VEVO at the close of Grammy Week, Friday 2nd February and streams there, and is also available on TIDAL. Toronto’s VMP Music Group in an earlier statement, said “He [Exos] wanted Fire & Brew to be a standalone single. We’re excited about his next album and can right now only say… it’s Kai doing what he does best. Kai’s sophomore project is slated for Summer 2018.”