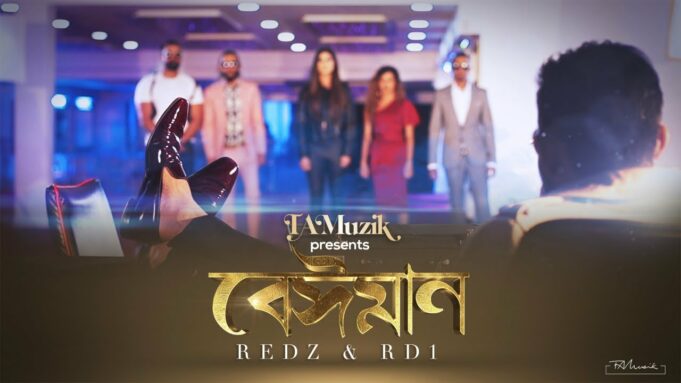 ‘Beiman’ is the latest single to come from exciting composer and producer TAMuzik.

Collaborating with Redz and Rd1, the single takes its name from the Bengali word for Dishonest and highlights humanities predisposition for dishonesty. Fusing modern music styles with Bengali styles and language, TAMuzik has marked himself as one of the pioneers of the UK Urban Bangla sound and ‘Beiman’ is sure to create a buzz in the scene, especially with the featured vocals from Redz and Rd1.

TAMuzik is a London based composer, songwriter and record producer influenced by Hip Hop, R&B, Drum n Bass, Grime, Trap and EDM sounds. Between 2007 and 2010 he helped pioneer the UK ‘Urban Bangla’ sound with a collective of British Bengali artists from East London. TAMuzik has also influenced the formation of  ‘Betar Bangla UK’, the only 24 hour radio station serving the Bangladeshi Community outside of Bangladesh. After taking a break from the industry, TAMuzik is ready to step back in with his exciting new projects that he has been working on with lots of different artists.