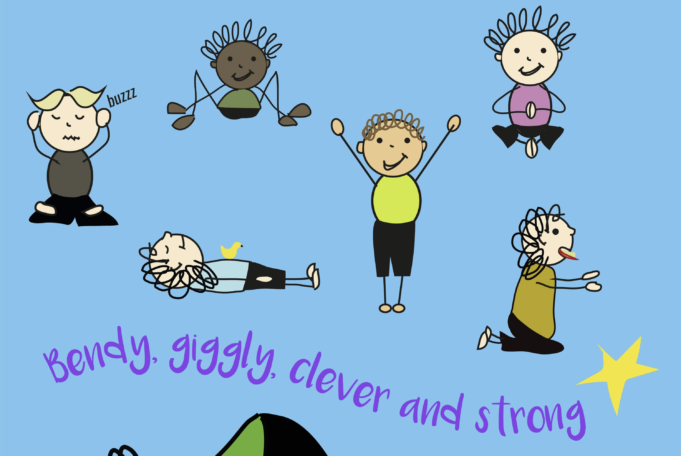 Tatty Bumpkin is here! The character at the heart of the International children’s yoga brand for little ones aged 0-7 years. Each track is inspired by an animal yoga position designed to motivate & inspire meaningful movement.

Taking the children on a story narrative to inspire creativity, which has been written by yoga teachers, educationalists & musicians, this album is ideal for using at home as movement breaks with your kids! The aim is to help the children regulate at that ‘just right level’ for learning so there is no over or under stimulating!

A really inspiring idea to keep your home occupied during lockdowns or for a relaxing break time – save ‘Bendy Giggly Clever & Strong’ to your playlists now and check out the
Tatty Bumpkin website!

Now, while closing out 2020, it is time to introduce Tatty Bumpkin to all the children out there who need inspiration, movement, relaxation & a friend to guide them. Sam Petter is the creator of Tatty Bumpkin, the UK’s favourite children’s yoga character. She is a yoga teacher, & international swimmer as well as the recipient of Kent’s businesswoman of the year award 2019.

The release contributors are Chris Petter, a record label owner and professional trombone player and Philip Davies who has professionally recorded and produced several releases and is a renowned educationalist.

With an incredible academic background on their side, the future is bright for the brilliant project that is Tatty Bumpkin!