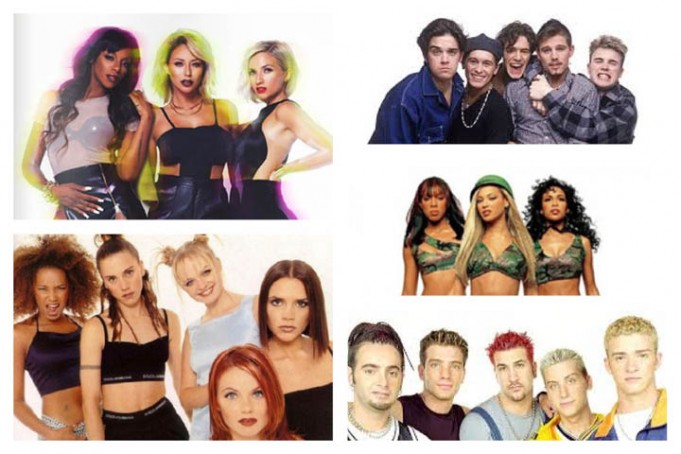 As American all girl group Danity Kane come to a very bitter and messy end, we discuss the curse of groups in the music business!

Time and time again talented individuals come together to create a powerful music group which is ready to take on the world. Many groups collect large fan bases based on the fact that individual fans can solely relate to at least one individual group member and have that close connection to them. Music groups are successful with large fan bases based on this fact, if you can relate to or like one of its members, then you instantly like the whole group. However these groups never seem to last…

The Spice Girls took over the world in the nineties but unfortunately came to an end when all the girls could not see eye to eye. This resulted in a popular, if not the most popular, member leaving to pursue a solo career. The same happened with Take That, N-Sync and many many more. Even the most successful RnB girl groups of all time, Destiny’s Child and TLC showed huge problems among the camp. With Destiny Childs line up constantly changing and TLC having reoccurring group disagreements, it was clear to see things were always far from perfect. Are groups simply cursed in the music business or is it just egos and fame that get the better of them?

It has just been brought to my attention that the recently reformed American all girl group Danity Kane has dismantled yet again. Danity Kane were formed on MTV’s popular reality show “Making The Band” in 2006. Once put together by P Diddy the girls went on to create two succesful albums with both debuting at number 1 on the billboard chart. Danity Kane therefore made the Guinness World Records as the only all girl group in history to debut both albums at number 1. Unfortunately even with success under their belts the girls still could not hold it together. DK came to an abrupt end when Diddy fired members Aubrey and D.Woods on national television during the finale of “Making The Band”. Some believed Aubrey’s actions and misbehaviour was to blame, some believed D.Woods was to blame, others believed Dawns efforts of a solo career/new group were to blame and some believed Aundrea was to blame. Shannon was the only member who left with no bad words thrown at her name. Did egos just simply get the better of them?

In 2013 it looked like the girls had sorted out their differences and began to embark on a comeback as a 4 piece, excluding D.Woods due to current work commitments. Sadly in early 2014 they turned into a 3 piece when Aundrea annouced her exit to start a family. Was this the first sight of trouble amongst the girls? The girls continued to move forward as DK3 and killed all live performances with not a sign of hate within the group…that was very short-lived though. A few days ago TMZ released a story which took DK fans into a state of panic. It was rumoured that Dawn and Aubrey had come to blows during a studio session which ended in physical assault. Since then Aubrey and Shannon have released an official statement announcing that this is in fact true!

The statement confirms that Dawn Richard had punched Aubrey O’Day in the back of the head during a disagreement at the studio. Third member Shannon Bex tried to stop the cat fight. It also states that no threatening or aggressive behaviour was put on Dawn and that is was a unprovaked attack. This resulted in Aubrey filing a police report against Dawn. Due to these actions Danity Kane have had no option but to announce their split for a second time running. Having met Dawn in London and worked with her on two Flavourmag projects this does not seem like the actions of the sweet, hard-working girl that I met. Also as a fan of Dawns exceptional vocal talents, sick live performances and epic writing skills it saddens me that she may have spoilt all her career options in one blow, literally! Dawn however has since retweeted a new link posted by TMZ which is a statement claiming different reasons as to why the flight took place. TMZ have reported that Aubrey and Shannon were having secret studio sessions where they were recording tracks without Dawn. It also states that group meetings were taking place as a two piece, excluding Dawn. This has of course upset and angered Dawn causing a rift to occur.

Both statements also contain details regarding ongoing issues between Dawn and her two group members, Aubrey and Shannon. All these issues, from both sides, seem to point very closely to ego problems. This directs me to my point, are groups cursed in the music business?

Why is it that hardly any groups can remain together for a long period of time? Do egos simply get the better of them or does fame just go to their heads? We have all witnessed the many unsuccessful solo attempts from many group members who seem to be the most popular member of their group. I struggle to understand why they think they are any different to the ones who have tried before and failed. Fair enough, Beyonce and Justin Timberlake have both scored success and respect as solo artists but, in my opinion, they are both exceptional stories of unquestionable talent.

A group is successful because they are a group, I am yet to see any group have success solely based on just one members presence during the groups run. There is no I in team! I believe the right group with the right members can be the most powerful act in the music business. I back this up with the obvious point that they have several talents working together to create art. As many say, two, three, four or five heads are always better than just one! Can a group in the future create success and keep that success alive for many years to come? Or will the shady music business curse get the better of them? Lets us know your thoughts below.