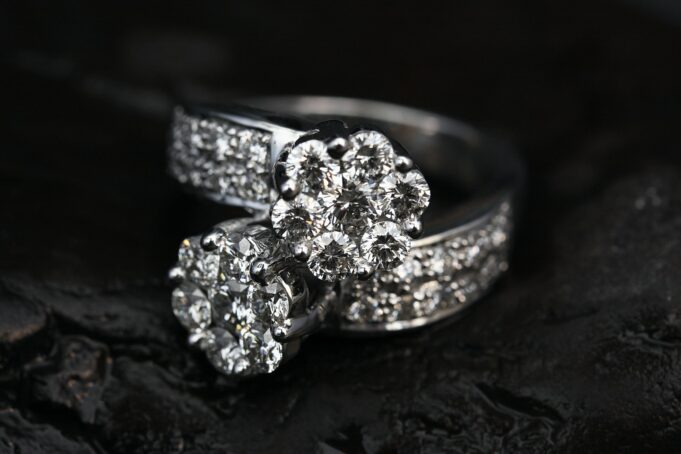 After the year we’ve had, we could all do with some positive omens – maybe even a bit of magic. It’s no wonder then that more and more people are embracing the power of crystals.

Celebrities from Victoria Beckham to Gwyneth Paltrow have shown their interest in using crystals as ornaments and talismans. Singer Adele even blamed a hiccupping fit on stage on the fact that she had lost her gems. A large amethyst was also spotted in Meghan and Harry’s bookshelf the background of their recent online conference, which sparked many people’s curiosity.

It’s not only A-listers that have fallen for the power of crystals. In fact, we’ve seen their popularity boom over recent years. On Instagram, there are currently seventeen million posts under the hashtag #crystals, over nine million posts under #crystal, and over six million under #crystalhealing. Google search data also demonstrates a colossal interest in these new age healing objects. Combined, the 37 most popular type of crystals in the UK see an average monthly search volume of 570,350, and the number of searches is shown to be increasing. 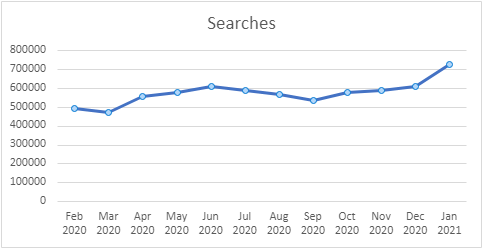 The crystal hype is real, but which sparkling gemstones are really capturing people’s imagination in the UK? And what makes them quite so special? Let’s find out more about the UK’s most searched for gems.

Over the centuries, diamonds have been adored for their sparkling beauty. Their popularity surged during the 1940s thanks to De Beers’ ‘A diamond is forever’ advertising campaign. From this point forward, these precious gems were considered synonymous with romance. Diamond engagement rings soon became the most popular type.

Chances are, you already associate diamond with engagement rings, but did you know they are also believed to hold magical healing properties? Diamonds are thought to impart fearlessness and help ease emotional pain. They are also associated with greater clarity, inventiveness, and imagination – a valuable gem to hold onto if you’re taking a risk and starting a new creative venture.

Ocean blue sapphires make wonderful jewellery pieces, and they are also increasingly popular in engagement rings. Apart from looking beautiful, however, many people believe them to have spectacular healing powers.

If you’re going through a tough and stressful period, sapphires might be the crystal for you. They are meant to bring about peace of mind and serenity as well as attracting gifts and wealth. Known as ‘the stone of prosperity’, this gemstone is certainly deemed to be a positive omen that will bring you luck. What’s more, these sparkling blue gemstones are said to restore balance within the body, bringing your physical and spiritual selves closer than ever.

The healing properties of amethysts are a hot talking point – especially after Meghan Markle’s very own healing crystal appeared in the background of her video screen. This gemstone is believed to hold many spiritual properties and is said to alleviate sadness, grief, and negativity.

Amethysts are also thought to possess strong healing powers, and many people associate this gem with physical healing as well as spiritual wellness. According to online claims, amethysts are believed to reduce headaches, regulate hormones, enhance immune systems, and improve the appearance of skin. If you want to try these healing possibilities out for yourself, you could carry around an amethyst crystal in your pocket or purse, wear amethyst jewellery, or place an amethyst geode in your home like Meghan Markle.

This lesser-known crystal is black and glossy. It is a natural stone that is formed from cooled volcanic lava and it is often associated with protection and healing. If you’re looking for a positive boost in your life, then obsidian might be the perfect gem for you. It is believed to absorb negative energy from its environment and leave you feeling positive and that little bit lighter. Obsidian is also thought to relieve you of stress and tension.

Its association with protection is nothing new. In fact, obsidian was often used by early civilisations to create arrowheads and knives to offer physical defence. Nowadays, it is associated with spiritual defence and protection against negative energy.

The fifth most popular gemstone in the UK is the almighty emerald. Like with diamonds and sapphires, you might associate this gemstone mainly with luxury jewellery, or even engagement rings. However, this bold green stone is believed to possess many other qualities as well as looking fabulous.

The emerald is considered to be a gemstone of regeneration and recovery. It is a powerful healing stone that is associated with strengthening the heart and the immune system. This gemstone is also closely related to love, so a piece of emerald jewellery would make a wonderful gift for your other half.

The crystal craze has really taken off recently thanks to celebrity endorsements and the hype surrounding these precious stones on Instagram. With so many different crystals to choose from, be sure to find the gem that best matches your emotional needs if you’re planning on joining the trend.