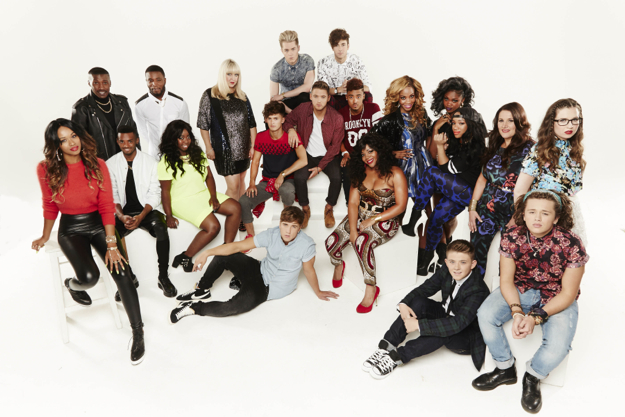 This Saturday saw the return of the X Factor Live Shows with ‘80’s week’. Nicole looked shamazing in her Julien Macdonald dress and Louis and Gary of course very dapper in their suits. The most talked about judge of the night though was Mrs O, who looked FABULOUS as always.

There were so many acts which impressed the panel including prison officer Sam Bailey. Her performance of Jennifer Rush’s ‘The Power Of Love’ wowed all four judges and even managed to leave Nicole speechless. Also stamping their mark on the competition were acts Sam Callahan who was described as a “little Brian Adams” in typical Louis fashion, and Kingsland Road whose hair alone amazed the nation. Gary announced that it would be his last year on the show which we were all gutted about, but could this mean the return of Mr Cowell?

Dermot introduced us to the flash vote which allowed us 10 minutes to vote for our favourites and then the act with the lowest amount of votes was revealed and guaranteed to be in the sing off on Sunday night – this week’s bottom act was the diva that is Shelley Smith.

Sunday night’s show was full of just as much entertainment with world class performances from Ellie Goulding and Cher. The finalists put their competitive spirit to one side as they took to the stage for the group ensemble of ‘Get Lucky’ by Daft Punk.

We had to say goodbye to Lorna Simpson who was sent home after a majority verdict was reached by the judges. It was ‘So Emotional’ but hopefully this won’t be the last we see of her.

The theme for next week’s show is ‘Love and Heartache’ so get your tissues at the ready. We can’t wait to see what the remaining acts have lined up for us!