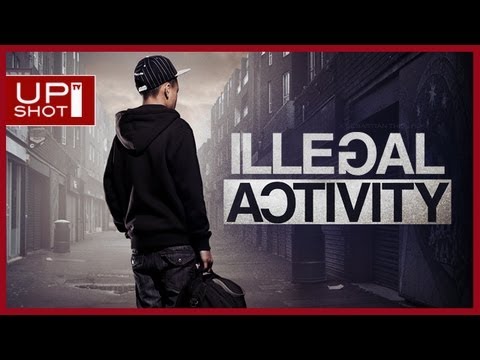 Make sure you see this dynamic new film release. It’s an independent film directed by 21 year old Sebastien Thiel and produced by Kingdom Vision. Illegal Activity serves as a unique reading campaign, aimed at encouraging literacy amongst the hard-to-reach youths.

Set in a rough housing estate in London, nothing on this block is quite how it seems. The film cleverly misleads and has its viewer believe it is all about dealing drugs, until the final few minutes. We find out the film is actually about dealing books and it ends with the thought-provoking question – ‘If books were illegal, would we read more?’

This non-profit film was preceded by a trailer in December, which gained 1,943 views in just the four hours it was made available. Warner Bros hosted a private screening of the film at its preview theatre and there was an exclusive screening held at the BAFTA. Illegal Activity has already received great feedback from many media outlets. This outstanding display of creativity amassed over 42,000 views on YouTube in less than a week and over 83,000 views on World Star Hip Hop. It was also the top trending topic on Twitter upon its release.

There are some familiar faces in Illegal Activity, including cameos from Sway, Richie Campbell and Shanika Warren-Markland . There’s also up and coming actors in the film, such as Freida Thiel (Law & Order, Casualty) and Jerome Holder (Shank).

Click here for more information on Illegal Activity and It’s Upshot. Catch up with the key players behind the film, below.