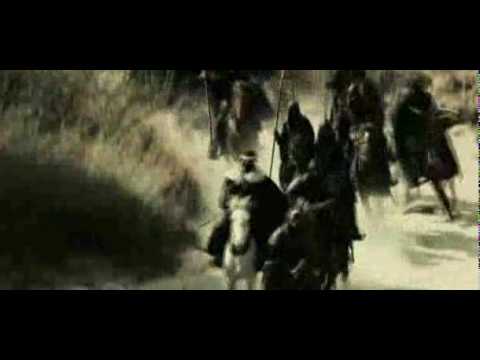 Rated as Jackie Chan’s best film in years this is one competition not to miss! We have 3 copies of Little Big Soldier to give away on DVD.

Little Big Soldier is a hilarious thrill-packed masterpiece from the matchless star of hit movies like Rush Hour, Shanghai Noon and The Karate Kid.

Join the undisputed ‘King of Action Comedy’ for a madcap action-packed journey across ancient China. In the aftermath of a great battle between rival kingdoms, only two men remain standing! One is a peasant soldier with a shameless ability for avoiding his responsibilities in battle (Jackie Chan); the other is a warrior prince, who has been wounded fighting for his country (Wang Leehom). Irresistibly tempted by the chance to collect a large reward, the peasant overpowers the disadvantaged prince and sets off to collect his bounty.

Unknowingly, his bold actions unleash a chain reaction of chaos, and they are soon pursued across country by relentless nomad warriors and rogue forces lead by the prince’s disenchanted brother. When danger confronts them around every corner, the world’s two most unlikely allies quickly realise they will need to join forces if they are to make it home in one piece! Now, as each challenge takes them closer to victory, a prince will learn humility and a nobody will find the strength to be someone great.

Based on an original story created by Jackie Chan himself, Little Big Soldier is an irresistible, pulse-pounding deluge of side-splitting comedy, stunts and kinetic martial arts action that is guaranteed to enthral and entertain from start to finish!

To get your hands on this DVD, simply answer the following question:

Who did Jackie Chan star alongside in Rush Hour?


Email your answer along with your name and mobile number to comps@flavourmag.co.uk . Good luck!