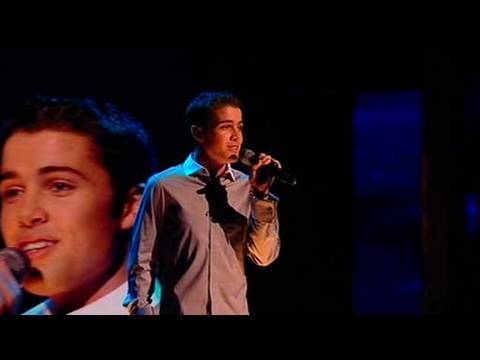 As X-Factor draws to a close, we catch up with the finalists Joe McElderry, Stacey Solomon and Olly Murs, and the most feared judges in England to find out what this weekends final holds in store.

This years X Factor has been bigger than ever, from the strangely addictive Jedward, to Ollys crazy legs and the stealth Dagenham dynamo Stacey, we’ve all been hooked. Viewing figures for this year have smashed previous ratings with a peak audience of 12.8million viewers tuning in (that’s a massive 50% share of everyone watching TV on a Saturday night), no other show comes close. So what can we expect from the final? “A whole lot of surprises.” according to Simon. Mr Cowell, tell me more… “Well all of the final 12 will return at some point this weekend” he promised while also confirming this would be an intense final, with two 2hr episodes over the course of the weekend as well as amazing mentors singing with our final three “Olly is with Robbie Williams, Joe has George Michael and Stacey is singing with Michael Buble.”

When the judges walked in for the interview, the first thing that had to be done was an outfit assessment. Louis and Simon were in their usual inimitable style (tight white t and high-waisted trouser for Si, jeans and a jacket for the Walshmeister) But what really excited me was who would win the fash off between Dannii and Cheryl? Dannii naysayer’s eat your words, because the Aussi babe looked fierce in a classic fitted red shift dress that showed off her amazing figure . Cheryl looked cute as ever in a directional black outfit, but she was outshone by the diminutive Ms Minogue.

The famous X-Factor rivalry was clearly brewing between the judges. Dannii remained pretty tight lipped as to her strategy while Simon and Cheryl bared their claws. When asked if she would return as a judge next year if Joe won, Simon interrupted “I don’t want her back! Anyway I’m going to win” this made Cheryl laugh “Ha, we’ll see! Maybe if he’s on his best behaviour I’ll come back.” Louis being the only impartial judge vowed to back all the finalists, saying he would be happy whoever came out on top. So is Louis positioning himself in a neutral Switzerland stance? Not likely because behind a cough and a smile Mr Walsh whispered “Joe!” And how does Cheryl’s protégé feel about his chances? “All I can do is hope for the best, I’m nervous but I’ll put all of my nerves into the performance.” Let’s hope the northern belter doesn’t get to shaky when he shares the stage with the legend that is George Michael. And what about the others? Olly promised tight trousers and some new sexy moves (girls don’t forget you have a man when you start to drool over his performance), whilst Stacey is excited about the crescendo she’ll hit this weekend “Oh my days, its gonna be the best part, we’ve reached the end and the pressure is nice now. I’m gonna sing my socks off!”

This is definitely a tight race that’s to close to call. Joe has the northern vote “Its great seeing our neck of the woods supporting my lad” pointed out Newcastle’s finest export Cheryl who had the very same backing in 2002 when she was on Popstars: The Rivals, but Olly definitely has the female vote (those tight trousers and loose hips, Elvis the second coming). And Stacey? Well the Dagenham dynamo even has a pizza named after her “Its called Stacey’s Special Pizza. It’s got everything on it people must think I’m a right pig!” you know you’ve hit the big time when everyone wants a slice of you.

Simon did suggest that the close odds may be down to the fact that this year’s finalists are the most ‘boy/ girl next door’ style contestants to ever appear on the show. Their not stage school brats or the product of pushy parents.

One things for sure X-Factor 2009 has been filled with controversy, crazy hair (Jamie’s afro, was someone living in there?), suspense (would the Jedwards ever leave?!) and big performances. The final promises to be the best show yet. All I can say is bring on Saturday, but hurry up X-Factor 2010, we’re suffering withdrawal already.

X Factor is on ITV at 7:30 pm on Saturday and Sunday this weekend.