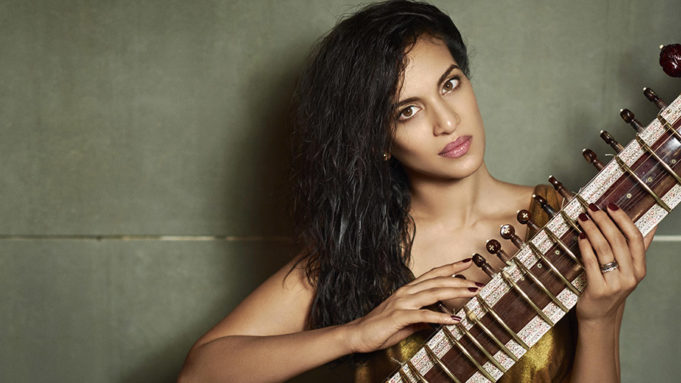 Southbank Centre presents its line-up of gigs and contemporary music for February 2019.

Norwegian jazz saxophonist and composer Marius Neset brings his energetic creativity to Southbank Centre’s Purcell Room for this live performance. A virtuoso performer and composer, Neset creates intricate, compelling music that he has toured across Europe. Composer and producer Troy Miller presents Gershwin Reimagined, a night of timeless classics such as ‘Embraceable You’, ‘Summertime’ and ‘I Got Rhythm’ performed by the Philharmonia Orchestra. The night features the electrifying vocals of double Mercury Award-nominated Laura Mvula and Olivier Award-nominated Shaun Escoffery who, as well as releasing five albums, has played Mufasa in the West End musical The Lion King since 2008 – the longest a West End actor has played a single part continuously. Qasim Naqvi creates new music in this experimental series, which brings together globally-respected London-based independent record label Erased Tapes, and one of the UK’s most innovative ensembles – the London Contemporary Orchestra (LCO). When he’s not on tour as the drummer of Dawn of Midi, Brooklyn-based composer Naqvi creates original music for film, dance, theatre and international chamber ensembles. Each collaboration in the Purcell Sessions: Erased Tapes X LCO series introduces handpicked Erased Tapes artists to Southbank Centre’s most intimate venue, the Purcell Room, on four dates throughout the year. In free, open workshops, audiences get an insight into how the artists work together before exclusive evening performances.

Pop-rock trio Hanson present unforgettable favourites and unreleased material in this live performance of their new symphonic album String Theory. Hanson’s most ambitious musical project to date features songs spanning the band’s career, including some of their best-known tunes alongside brand new material telling a story of aspiration, despair, fortitude and ultimately a return to optimism. Created in collaboration with Academy Award-winning arranger David Campbell. French multi-instrumentalist Yann Tiersen, who charmed hearts and minds with his soundtrack to 2001 film Amélie, presents his tenth album, ALL in the Royal Festival Hall. The album is the first to be recorded at Tiersen’s new studio, venue and community centre, The Eskal Project, built in an abandoned discotheque on the small island of Ushant in the Celtic Sea. It incorporates field recordings from the redwood forests of California to Tempelhof airport in Berlin and features special guest vocalists, many of whom will join Tiersen for these exclusive London dates

Jaywalkers bring their inventive and virtuosic brand of Americana to Friday Lunch. The acoustic trio has delighted audiences all around Europe for over ten years. The group provides a combination of powerhouse bass, blistering fiddle and mandolin, and three-part harmonies with a fuller sound that is expected from just three acoustic musicians. Their live set sees country heartbreak and bluegrass dynamism applied to issues of the modern day – and to life as a touring band.