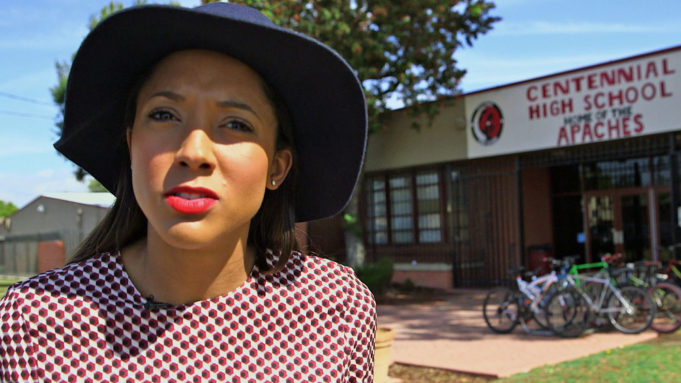 For over three decades, hip hop has made millionaires of people who started with nothing. Multi-award winning journalist, entrepreneur and hip hop head Joanna Abeyie heads to the US to discover the roots of hip hop, and speak to the people who keep hip hop booming today.

Straight Into Compton: What is it about LA that creates so many hip hop superstars? We visit the childhood homes of Dr Dre, The Game and Kendrick Lamar to find out. In the hoods they grew up in, making a record seemed easy compared to the day to day hustle they’d become embroiled in.

Wealth Producers: Behind every a successful hip hop artist is a team of producers, writers and assistants. We meet the moguls who started from the bottom, working their way up to create business empires. But where do they go from here?

Do Believe the Hype: In hip hop, image is everything and it’s no longer enough just being a good artist. Is it possible to market yourself by working with brands, while maintaining authenticity? In this episode, we also meet Director X, music video director of Drake’s Hotline Bling and Rihanna’s Work.

Cash Queens: Why is it that women in hip hop have to work harder to make it? In this episode, we hear from the women who are competing with their male counterparts. Joanna speaks to US-based UK rapper, Estelle.

Bedroom Moguls: Joanna meets Hopsin, a rapper who made it big from his bedroom. By studying the industry, Hopsin saw a gap in the market for his music and continues to release albums from his own home.

Brits Making Dollars: In this episode, we hear from Dizzee Rascal on the difference between the UK and US hip hop scenes. Dizzee discusses his rise from pirate radio to touring with Justin Timberlake, and provides his thoughts on where the UK grime scene is heading.