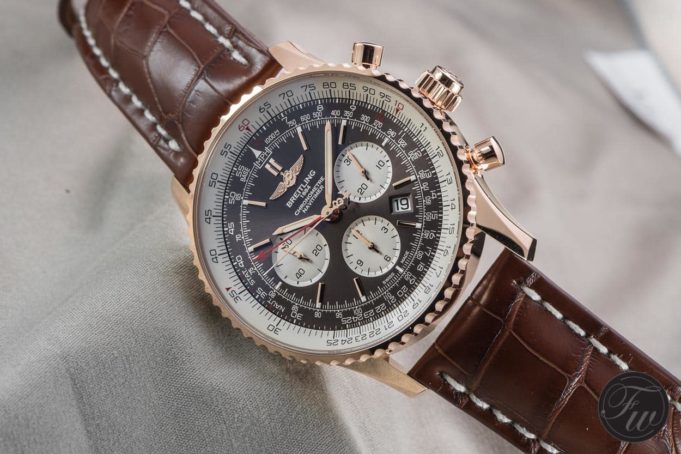 But which brands are the go-to’s for the fashion forward? A browse through the exquisite collection listed by Bucherer will set you off in the right direction, but for now here’s a run-down of five of the most exclusive watch brands that you need to know about. Favoured by the likes of Steve McQueen and Matt Damon, the name TAG Heuer is synonymous with style. Founded in Switzerland – the home of great watches – back in 1860, the manufacturer produces some of the best, most attractive and most reliable timepieces on the market. Given the brands particular popularity amongst Formula One racing car drivers, it’s no surprise that a number of the current line are named after racing favourites, including Monaco, Formula One, Aquaracer and Grand Carrera. As well as accompanying astronauts into space, TAG Heuer watches have been modelled by the likes of Mohammed Ali, Chris Hemsworth, Uma Thurman and Leonardo DiCaprio. Another must-know watchmaker originating from Switzerland, is Omega SA, a favourite of Elvis Presley, John F Kennedy, George Clooney and Buzz Aldrin, meaning Omega was the first watch to ever make it to the moon! Omega SA has also adorned the wrist of James Bond himself, appearing in most of the film’s franchise since 1995. One of the most popular models is the Omega Seamaster, which has been worn by the likes of Joe Biden, Prince William and WWF Wrestling favourite, Stone Cold Steve Austin. If you’re looking for the royal touch, then Cartier watches are the only way to go. Not only does the Queen of Pop herself, Madonna, sport a Cartier Panthere watch, but both the Duchess of Cornwall, Kate Middleton, and the Duchess of Sussex, Meghan Markle, wouldn’t be seen dead without their favourite Cartier accessory. While Kate’s Ballon Bleu de Cartier was a gift from Prince William on their third wedding anniversary, Markle gifted herself her Cartier Tank Francaise to celebrate the incredible success of her TV show, Suits. Ralph Lauren is also said to be a huge fan of the jeweller’s timepieces. When it came to watches, the late Steve Jobs completely overlooked his Apple Watch and made a beeline for an 18-carat Baume et Mercier timepiece complete with brown lizard skin strap. It’s thought that he wore it every day – despite the fact it clashed with his famous black roll neck! If it’s good enough for one of the greatest creators of the 21st century – Baume et Mercier is good enough for us. Also known for its state-of-the-art aviation technology, Breitling SAis a name every watch lover must know. Founded in Grenchen, Switzerland back in 1884, Breitling is known for its chronometers designed specifically for the needs of aviators. Breitling SA timepieces have appeared in Bond Movies and have been sported by members of the Hollywood A-List, including keen aviator, John Travolta.