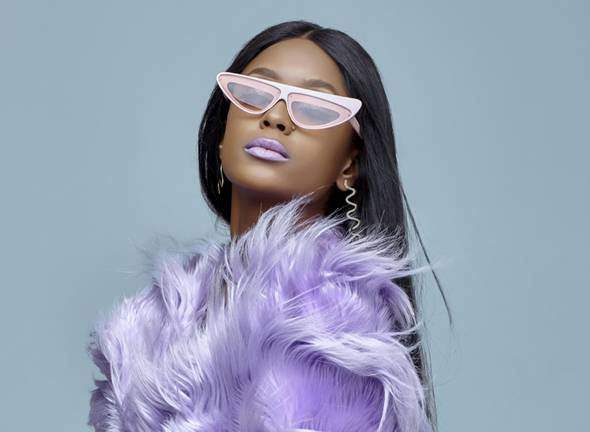 As one of the hottest and most popular artists in East Africa right now, Tanzania’s new queen of Pop Vanessa Mdee is kicking off 2019 with a perfect slice of danceable RnB-tinged pop. “That’s For Me” is Vanessa’s international debut single after signing a new deal with Afroforce1 and Universal Music Group Africa.

On the single, Vanessa said, “That’s for me is a BOP, when the beat drops you can’t help but get up and dance thanks to the crazy production by Distruction Boys, Tira and Prince Bulo. This anthem is about claiming what’s yours this 2019, go out there and get it”

Already a household name in East Africa (boasting 4M followers on Instagram), the fashion icon and charismatic performer has teamed up with DJ Tira, Gqom Duo Distruction Boyz and Prince Bulo who are all feature on the pop-infused catchy dance floor banger.

While her African fan base has been getting hyped up for the drop, it’s a first for Vanessa on the world stage. The spirit of “That’s For Me” couldn’t be a better fit: The song reflects Vanessa’s strong, sexy, sweet, self-confident yet playful spirit and underlines her charismatic, infectious aura of a powerful player who makes her own rules. It also acts as the first single from her upcoming album being released later this year.

Vanessa Mdee is an award-winning musical sensation, businesswoman and philanthropist. From a successful media personality to one of Africa’s biggest pop stars, Vanessa’s definite cultural reach places her as one of Africa’s most powerful women despite her young age. She is also well-known for being the first winner of Tanzania’s MTV Base VJ search in 2007. She is the recipient of several awards since then, including an All Africa Music Award for Best Female Artiste In Eastern Africa and Best African Pop as well as three Tanzania Music Awards for RnB Song of the Year, Best Collaboration and Best Afro Pop.

A former Law scholar, Vanessa is passionate about seeing Young African girls get empowered – “There is a big role model problem. I feel we need to retell the girl child that she is beautiful and not lesser than anyone. That message has been tainted through advertising and culture and I feel it is important to echo that positivity.”