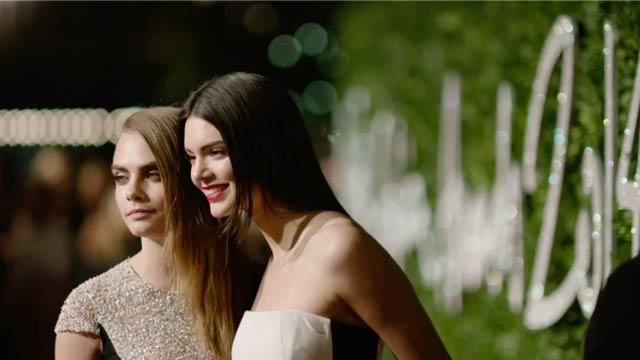 On Monday 23rd November, the British Fashion Awards 2015 in partnership with Swarovski will take place in London. The nominees have been announced and the stage is being set at the London Coliseum.

Do not miss the exclusive BFA highlight videos on demand including:

The Outstanding Achievement Award will be presented to Karl Lagerfeld at the British Fashion Awards 2015. The designer will be honoured at the ceremony, which will take place at London’s Coliseum, for his unrivalled contribution to the fashion industry.

For over fifty years Karl Lagerfeld has remained a formidable force in the fashion industry and has taken the helm of numerous iconic houses – including Chloé and Fendi. His eye for detail has proved transferable, juggling successful careers as photographer, publisher and art director alongside his numerous design undertakings.

It is his work at Chanel for which he is most recognised. A tenure of over thirty years has seen Lagerfeld’s unique vision transform the classic French house into a global superbrand. A vision that extends beyond the atelier, Lagerfeld’s influence has helped launch numerous supermodel careers, has redefined fashion advertising and laid down the blueprint of how to revive a fashion brand – revolutionising the industry in the process.

The British Style Award voted by the public

This year the shortlist, compiled by a panel of industry experts, features six men and six women who epitomise the very best of British style. The 2015 nominees are:

The prestigious award will be presented to the nominee who most embodies the spirit of British fashion and serves as an international ambassador, promoting London as a leading creative fashion capital.

Highlights from the ceremony