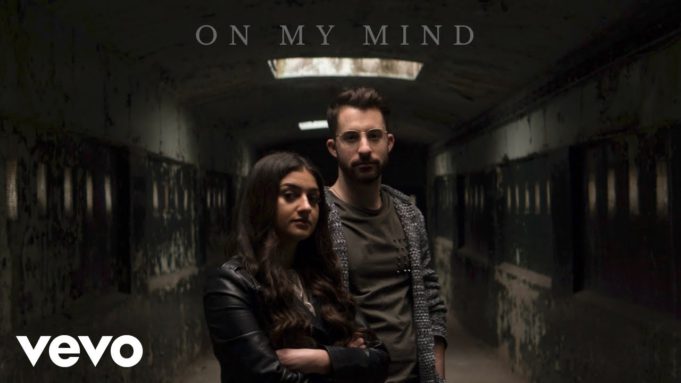 27 year old, native Belgian, Daniel Verstappen has released his new single – On My Mind – available from the 18th May but the accompanying video will be out from April 27th.

Daniel began his musical career with a masters earned in double bass and piano whilst playing with world-renowned collectives such as Night Of The Proms, Brussel Philharmonic and artists such as Bocelli and Ennio Morricone. His classical background resulted in his first release – his album From The Heart – featuring compositions for piano with accompanying orchestra for some, with others accompanied by electronic music. Last autumn he created his Single SOULMATE, an exquisite symbiosis of the two genres that prove his true craftsmanship as an artist.

His new track, On My Mind, amalgamates classical orchestration, electronic beats and pop vocals with ease, all while telling the traditional story of two lovers with his own mysterious twist, portrayed in his music video. The track features Anna Monaco’s vocals, Yannick De Pauw’s production – who has worked with Belgium’s National Orchestra and the Scala & Kolacny Brothers – and was mixed and mastered by Austin Leeds who has worked with Avicii.

On My Mind, released on May 18th, is Daniel Verstappen’s newest track and his music video will be released on April 27th. Daniel has a planned Facebook Live gig arranged for the day of the release – May 18th –  and will feature a tribute to the late Avicii, be sure to follow his Social Media to not miss it or any of his future releases.