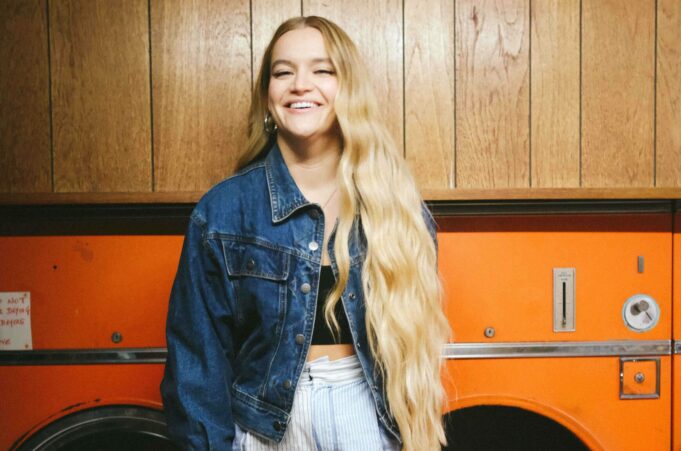 Meet rising star, Charlotte Jane, back with her new track ‘Get It Right’.

From open mic nights in Hull to gigging around the north-east,  Charlotte then travelled to Europe and returned to write songs that changed the course of her life.

Now back with her stunning new track ‘Get It Right’, Charlotte Jane is definitely an artist to watch in 2021.

How have you been? Have you found yourself being more creative during lockdown?

Well, it’s been a bit of weird year, to say the least, hasn’t it? Lockdown very much killed my vibe and I spent a little while feeling guilty and stressed about the fact I didn’t feel up to writing songs. Then I just decided to cut myself some slack and be creative in different ways. Cooking, painting and long walks listening through old songs I’d written. Oh, and I got addicted to Fortnite.

What inspired ‘Get It Right’?

I’d come to the edge of my tether with a guy who had been messing me around for a while the day before I went into the studio and wrote Get it Right. I knew exactly the type of guy he was but still, I spent months waiting for him to prove me wrong. Get it Right is the anthem for the lightbulb moment when you realise your own self worth and stop letting people string you along. It sounds sad but it’s actually empowering. I wrote it with Dayyon Alexander and Jeff Shum in LA about two years ago. I love making music with them, the studio is such a safe space and they have such amazing ideas. We actually have another song together that I’m obsessed with and it’ll be coming out next year!

What’s your songwriting process like? Do you do anything to get into the zone?

It’s different every time. Depending on what’s going on in my life, the type of mood I’m in and who I’m writing with. When I have a studio session I always walk to it if I can. Or walk part of the commute at least. Just so I can be outside, see people, clear my head and get inspired.

How did you first get started in music? Was there one moment you knew this was something you wanted to pursue?

Hey! Thanks so much for having me. I’ve always said that watching my grandparents performing gigs, as a child, was a huge inspiration to me. It massively drew me into the music world and got me hooked on listening to, learning and then performing songs. When I think back to being as young as 5 or 6, it was almost a ridiculous question to ask me ‘what do you want to be when you grow up?’ … I’d be like ‘duh, I’m going to perform’ and the older I got, the more certain I was about wanting to pursue music.

Justin Vernon (Bon Iver), H.E.R or Chris Martin (Coldplay). They’re all artists/writers whose music I listen to and think ‘I wonder what we would create together’. They write over interesting chords and all choose such emotive melodies when they write.

What’s the hardest thing about being a woman in an industry that is dominated by men?

Y’know I really feel like we’re really starting to shift that female power and presence imbalance. I’m surrounded by powerful, talented women on my team. One of my managers is an absolute powerhouse of a woman, all of my press shots were shot by an incredible female photographer (Lennon Gregory), I’ve been writing songs with more female writers than ever in the last year, my label team is balanced with men and women and my best friend is young, majorly hardworking female who helps me plan social media content and we creative direct my projects together. So actually, it doesn’t feel like you’re in an industry ‘dominated by men’ when you choose to surround yourself with women and actively seek female collaborators. The one thing that does my head in is that people are so much quicker to assume that women don’t write/create their own music but assume that men do.

2021 is the year of gigs (we hope). What makes you most excited and/or scared when performing?

I think my favourite part of live shows is testing new music out on audiences and seeing /hearing/feeling how they respond. Not being able to test out some of the songs I’m releasing next year is quite scary as I have no idea how they’re going to be received as I haven’t been able to road-test them.

Have you ever had any embarrassing on-stage moments?

Plenty. Most of them have involved me burping mid-note. It’s always because I gulp too much water between songs. It takes quite a lot to make me embarrassed though as usually things that people would assume I’d find embarrassing are actually really great, hilarious things to talk about between songs!

Send Me On My Way – Rusted Root. No hesitation. 100% the soundtrack of my existence and of my favourite childhood film ‘Matilda’.

As the year is almost over, what can we expect from you next year?

No more going quiet. I have loads of music on the way! Obviously touring is currently very COVID dependent, but I aim to be back on the road as soon as it’s safe!