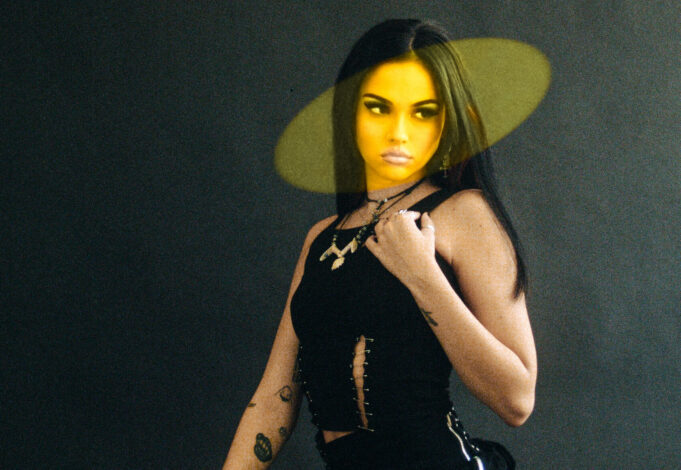 But the pop princess found her sound and put her feelings towards new music after a scare in Malaysia last year with immigration which saw her wound up in jail, on house arrest and standing trial twice – due to a visa issue!

Now back with her new single ‘Loner’, we chat with Maggie about finding her sound and being a female artist in 2020.

We’re loving your new track ‘Loner’. What was the inspiration behind it?

I wrote Loner about a year ago and it’s just about being a loner and being comfortable being alone and in your own sadness. I feel like sometimes I would rather be in my current state alone and sad than get better because it feels so comfortable to be like that.

W really love how your sound has developed since you first started. What was the biggest difference in terms of writing and recording your debut EP ‘Paranoia’ compared to your previous work?

The EP is all written by me and some other people. But this time I was really involved in the process. I feel like through the lyrics and the production, it’s all me and I’ve been able to express myself a lot more than I previously have done. It feels more like me.

What track do you hope will be a fan favourite?

I think it’s great and times are changing, being a woman has always been empowering and I think now more than ever. I think it can also come with a lot of double standards and that can be very frustrating. Other than that, I think it’s great! The times have really changed.

What has been your most memorable experience so far?

I got to go to Norway and sing ‘Pretty Girl’ and everybody was singing it back to me. My mic wasn’t working for the first ten seconds of that performance and when I heard everyone singing it to me, it felt great. It was my first time playing at a Festival and it was really eye-opening for me. I’ll always remember.

And is there one festival that you’d love to perform at?

I’d love to perform at Coachella! Just because I always go.  I love Coachella.

You had quite a crazy experience in Malaysia,  do you think that this had an impact on you as a person and the music you now create?

Definitely! It was a really traumatising experience and It opened me up to a lot of things that I had been aware of before. A lot of the times you can’t understand something until you’ve really experienced it and I think being in that, It really changed me and I can relate on a different level now. It also helped in my music, it made me realise that sometimes there are risks whilst travelling so I wanted to make sure that I’m actually doing things I want to do. It would feel pointless.

I don’t know. I love musicals

Once we return to some normality, what’s one thing you’re most looking forward to?

Festivals for sure! Just getting to see everyone in a big setting.

Other than new music, what’s next for you? Are you working on any other projects?

I’m currently working on an album and hopefully, I can put that out soon after the EP. I’ve been working on some acting stuff.