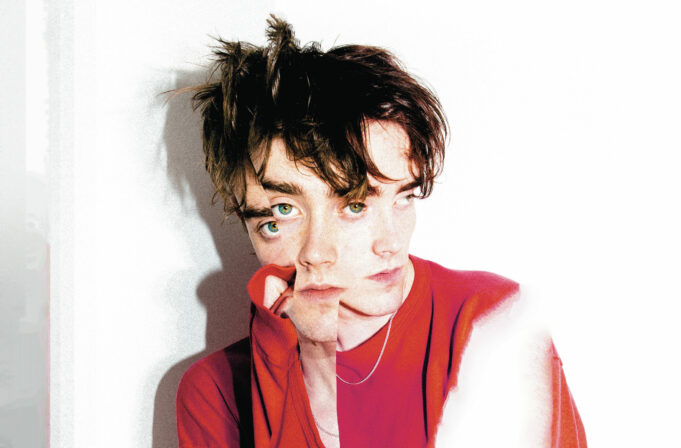 Hippo Campus is definitely one of our favourite indie bands of all time, we were obviously very excited to hear that frontman Jake Luppen was releasing his debut solo album.

We chatted to Jake about his new album, his single ‘May’ and fan reaction.

How are you today? Have you been staying creative during the pandemic?

I’m doing well. When quarantine first started I thought it was going to be a workaholic’s dream. I locked myself in the studio and spent hours everyday writing music. After I wrote about ten songs though things started to slow down. I don’t think I ever fully realized how important social interaction is for inspiration. I’ve continued working like I always do, but I miss the energy I used to get from those around me.

Congratulations on your debut single ‘May’. What was the inspiration behind it?

May began as a guitar riff that was about 15 bpm slower than where it ended up. It was initially meant to be a chill sleepy breakup song. When I brought it to BJ he sped it up and the feel change was so inspiring that I rewrote the vocal part and melody. Thematically the song is about acceptance; sometimes things aren’t meant to work out and that’s ok.

You have a pretty impressive fan base, what’s the fan reaction been like so far?

It’s been very positive. It’s rare that you get to drop a surprise project. It was hard keeping it hidden so long, but definitely worth the wait.

Lupin is my first attempt at writing pop music.

Your debut solo album is out now, what can you tell us about it? Is there one track you hope will be a fan favourite?

There’s a lot of variety on the album. I wanted to create a more diverse body of work than I had been able to do in the past.

I don’t really believe there is a zone. I’ve always viewed creativity as a habitual thing. My process has always been quantity over quality. I find the more I write the better the songs get.

When you first thought about pursuing a solo project, were you ever worried that you would have a hard time finding your own sound?

Not particularly. For much of my career, I feel like I was only utilizing a part of what I was capable of as an artist. The solo project satisfies another part of those personal needs, and other projects satisfy the rest.

What was the most difficult thing about your solo project? Did it take you a while to figure out what you wanted to do?

I think the most difficult part was the timing. I wrote all of these between a tour that I played 115 shows on. Every spare minute I had was dedicated to this record.

Once life goes back to some normality, we’d love to see you perform live. Do you have any pre-show rituals?

I forget the words all the time.

What’s one thing you can’t live out?

Yerba mate (give me free stuff)

If you could play any song or album on repeat, which would it be?