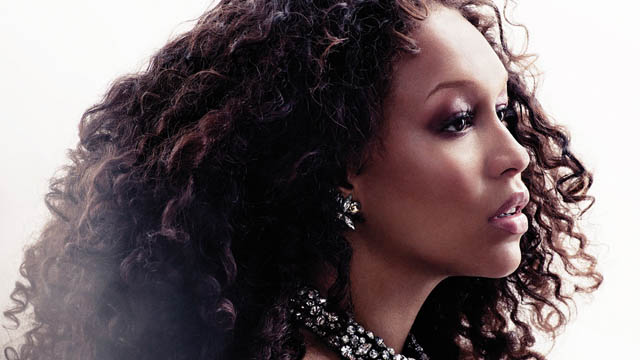 Rebecca Ferguson and Ella Eyre are performing at a special on-off event at WOW. WOW is a festival of talks, workshops and performances celebrating women and girls.

WOW is now five years old and has become a global phenomenon and audience members can witness performances from women at the peak of their powers, demonstrating what it is to be powerful and determined leading ladies in today’s UK music industry.

Celebrating WOW we get a few moments to interview Rebecca Ferguson. We last interviewed Rebecca back in 2013 so we thought we would ask a few of the same questions too see if things have changed.

You’re music and your voice is very addictive. Do you think being a musician is an example of being fixated to something?
Aw thank you! I think to be a musician, you’ve got to be totally committed and in a way, fixated on your dreams. Billie was fixated by music and that’s the way she was able to find escape from her hardships

Do you ever find it difficult distinguishing yourself in an industry that can pigeonhole female artists?
Definitely, the music industry is so competitive so it’s really important to find your edge. I’ve really enjoyed making Lady Sings The Blues because it’s allowed me to rediscover what makes me different to other female artists

With the current success you’re experiencing, how do you feel when you walk into a room and people can’t stop staring at you?
Aw I wouldn’t say that happens! I’m enjoying every minute. It’s been an incredible start to 2015 and I can’t wait for my fans to hear new music and to perform live again..

On performing live we want to know. What’s the best thing about performing live?
Seeing the audience’s faces – I love how my voice can have an effect on people..

Do you ever get stage freight in front of a large audience?
Of course! It would be unusual if that didn’t happen but it’s all worth it – I love performing and losing myself in the songs

What can we expect from Rebecca Ferguson at the gig?
Lots of talking.. I love to talk to the audience.. and more confidence definitely!

On fashion we would like to ask some quick fire questions. You are very beautiful and have a stunning figure, as a female artist do you ever feel pressured by the old saying “Sex Sells”?
Aw so kind of you! Of course, every girl feels under pressure but it’s important to remain grounded and not lose yourself to the media or press.

How would you describe your style?
It’s a mixture, I love sparkles and reds and black but I also enjoy dressing down in Jeans, boots and a big coat

What’s your favourite places to shop?
I tend to buy Stella McCartney and YSL – YSL shoes are comfy heels but I am also loving high street a lot more now..

Which celeb style do you admire the most?
I love Kim Kardashian – I think she’s gorgeous and love her style

On dating we would like to ask. What’s your biggest misconception with men growing up?
I don’t know! I guess all teenage girls have lots of misconceptions about men!

If you where/are single would you ever date a fan?
If they looked like David Beckham!

The guys in the office really want to know if chat up lines work on woman?
Depends.. I think if you fancy someone then it doesn’t really matter what they say.. but then they can be funny and get you talking!

On health we really want to know. What do you do to maintain a body like yours?
Aw so sweet, I try to eat healthily and regularly – it’s difficult with a busy schedule sometimes!

Do you have a special diet?
I eat organic and healthily but also don’t deny myself anything. I am curvier after having Arabella but quite enjoying it at the moment.

Top tip for us ladies to have/maintain a Rebecca Ferguson figure.
Aw so kind, I would say just to drink lots of water and to include a green juice each day.. I definitely notice a difference!

Rebecca Ferguson will be performing with Ella Eyre as part of a MOBO event at Southbank Centre’s Women of the World festival. See further information at http://wow.southbankcentre.co.uk/