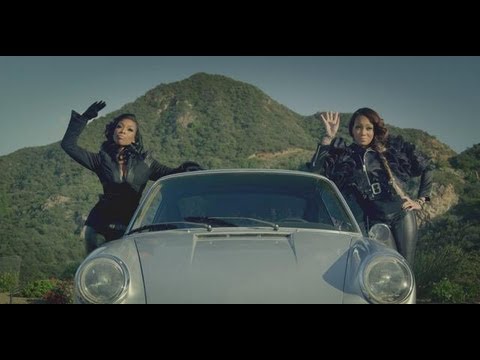 …Throughout her career many of her tracks have been successful chart toppers, and it would be fair to say that she was one of the most successful R&B female vocalists during the 90’s. 17 years later Monica is still going strong, despite having a hectic career as an artist in the music industry, she is happily married and a mother of two beautiful boys. This year sees the release of her newest album entitled ‘New Life’, we caught up with Monica to find out what really is new.

You’ve been away for awhile, what have you been up to?
I’ve been with my kids, working on being with the kids, taking a break to be with them. Taking the time out so I can really be a mother and be more present in their lives.

What was it like working with Brandy this time around on ‘It all belongs to me’
It was easy, it was very organic, quite the opposite of the first time, being 16 and 17 we really didn’t understand the dynamics of working together, and how important it is to have some unity amongst the music industry, but as we’ve gotten older and were both mothers and we’ve both lived and loved and lost, we share all this common ground.

Tell us about  ‘New Life’ and why you decided to name the album that, what’s new?
Well for me quite a bit. I look back over the last couple of years and its amazing how awesome God has been to me, in the sense that I was able to find my true self, find my true love, find my true voice in the music, these things don’t usually happen at the same time; so New Life for me is just saying not to be afraid of embarking upon new things. Sometimes our fears keeps us from our destiny, so I New Life is just a statement to say embrace it all.

What kind of sound does this album have?
Its definitely a mixture but all soulful all very true to the RnB music that I love. I have a gospel background so I kind of merged the two feelings. Gospel music has this depth to it where you can tell how passionate a person is about what they believe. I try to merge the two.

Other than Brandy who else do you collaborate with on the album?
Wale is on the album; he’s the only other collaboration on the CD. He’s a really good friend of mine, he’s like a little brother to me, he’s a grown man no questions, I’m a little bit older. It’s fun to have people in the industry that still believe in the same thing, putting him on a record was automatic for me. I love Lotus Flower Bomb, it’s one of my favourite records so I wanted him to be apart of this project.

What other new and exciting things do you have coming up?
I’m definitely focused on my new album whole-heartedly, but I’m looking at doing some other television adventures. I haven’t totally decided what because if I become apart of something that is reality driven it won’t be about me and my relationship and my family. I love T.I’s show Road To Redemption; He was helping people in the community that was similar to him growing up, that’s something I really wanna do.

Speaking of reality TV, your reality show, Still Standing, do you feel that it showed us the real you, or was there bits that we missed?
300% it showed me, I was at a very important cross road where I had two small children and I was working on a new album. I wanted the show to be a reflection of the truth, which was you can still pursue your dreams and have a family; there’s a big misconception in the music industry you can’t do or have both. I wanted that show to be a true representation of balancing it all. Allowing people to not see me as that 13 year old girl that sang ‘Just One Of Them Days.’

What’s it like working and having to be a mother and a wife, how do you balance it all?
I prioritise, I’m very lucky that I’ve been with the same record company for 15years now, and when I talk to them they respect the fact that my husband and children come first, they know that I’m ok with not being on the scene as far as the music industry goes but more on the scene in their lives.

When do you plan on coming to London?
You know what, it has been more than decade since I’ve been there, its ridiculous, I’ve just realised now I’ve said it aloud. Hopefully Brandy and myself will get a chance to come over this year.

Seeing as you’ve been in the game for a while now, what advice would you give to aspiring artists?
I would say to things, stay true to yourself, and the second don’t loose yourself. In order for you to get where you need to be you shouldn’t have to give up anything. I don’t feel you should have to give up something to get something. If you’re a neo soul artist stay true to it, if you’re a gospel artist stay true to it. This business will try to recreate what has made money over and over if you allow that.

Any final words?
Thank you, you guys, my fans, you didn’t have to support me all these years, they didn’t have to buy the music or come to the shows and then some. Thank you for allowing me to be me and share my gift in the way I know how.

Have you seen our interview with Sneakbo and Anthony Hamilton?