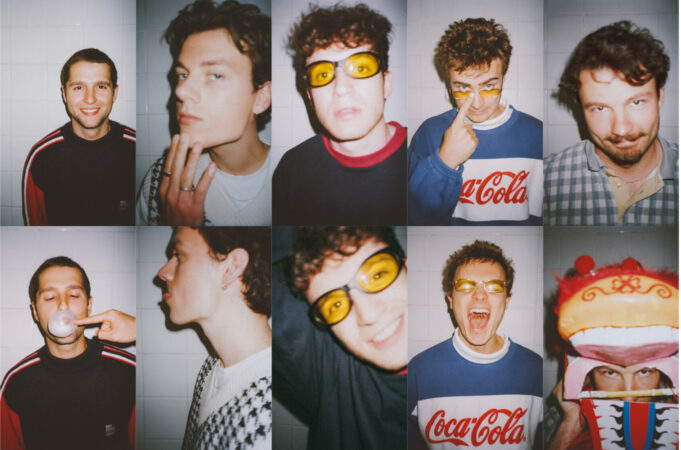 Junodream were formed at school by five friends who shared a mutual admiration for the likes of Radiohead, The Brian Jonestown Massacre, Pavement and Slowdive.

After leaving university they reunited, they moved to a small village in Hampshire to fully focus on their music. With little in the way of local distractions and almost no respite from each other, their collective claustrophobia paid off as Junodream emerged as a band with nearly limitless potential.

We spoke to Junodream about their new single ‘Easy Life’.

How did you guys first meet?
We had the same guitar teacher who basically encouraged us to start playing with each other when we were young teens. It was a proper matchmaking.

Who came up with the band name? Was it difficult to agree on at first?
The story varies depending on who you’re asking. We had set a deadline and were up all night in the studio thinking of one. We eventually sandwiched a Pink Floyd b-side together (and changed it slightly). Junodream was born.

What inspired you to create ‘easy life’?
January blues and too much screen time.

How do you feel your sound has developed since you first began making music?
It’s definitely improved. Well, you’d hope that would be the case. It’s more spacey and emotional. Occasionally a bit more filthy.

If you could support any musician alive today, and choose your own rider, what would that entail?
Brian Jones Town Massacre. There would be many stories from that tour, some good, most unspeakable.

What has been your most memorable moment in music so far?
Walking off the stage into a cupboard thinking it was the backstage area, only to emerge from the cupboard for an encore.

If you could have another person’s voice, who would it be?
100% Christofer Walken

What can people expect from your live shows?
A few duff notes on the first one. And lots of new belters.

Have you had any embarrassing on-stage moments?
The cupboard.

Do you have any pre-show rituals?
We stopped doing these because they made us too nervous.

What would be the theme song to your life?
The theme music from UP