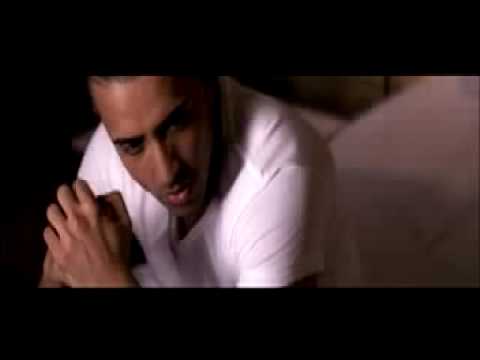 Jay Sean is in a good mood and he has reason to be. Following a brief hiatus he’s back with a vengeance and a hot track entitled Maybe, so sit back as Jay wax’s lyrical on why he’s fabulous in 2008.

So Jay you seem happy, what’s good?
Loads! Dolce and Gabbana are sponsoring me so I’m getting all sorts of freebies at the moment, the best so far have been a pair of white and silver trainers with the biggest tongue ever, they’re hard to describe but they’re absolutely nuts. Oh and I lost my watch, I was gutted, but my mate at Voila watches in Hong Kong sent me another one– so I’ feeling pretty fabulous about that, he makes watches for Usher! I got to perform at the 1xtra concert alongside Chris Brown, Akon and Kelly Rowland that was bloody brilliant. Lastly I’d have to say that my new single Maybe is fabulous. I’m definitely excited!

So Jay what have you been up to this last few years?
I’ve been writing the new album, I made a conscious decision to take some time out instead of turning up at shopping centers, I kept it low, I toured internationally I’ve been from Europe to Puerto Rico – I don’t need to tell you about those Latin girls!! I never wanted to go down that over exposed route – I really wanted people to miss me.

We Flavourites love the new track. What’s the inspiration behind it?
The story behind Maybe, is really about the Myspace generation, people are doing everything via the Internet nowadays, everyone’s dating via sites like Myspace, so I thought it’d be fun to write about that, a boy meets girl story in cyberspace!

Talking of cyberspace over the years you’ve amassed a hugely loyal fan base, how important are sites like Myspace and Facebook to you?
They’re definitely important; they’re how I start my day and where I talk to my fans. My routine is get up with a cup of tea and log on. Times have changed artists can access the fans and fans can access their heroes immediately. I enjoy it.

You’ve spoken about this album being a return to straight rnb, what made you want to do that?
Rnb is what I grew up with, it’s definitely what I love, I’m not a politician, I grew up on Jodeci and Blackstreet and I’m at the point where I don’t care if it’s not exactly the music of the moment. I’m just recording what I love and I won’t stop doing that.

So, do you think you’ve grown as an artist between the two albums?
Yes definitely, I know who I am now, I’ve had 5 years in the industry, I am not driven by materialistic or commercial things, it’s all about family and friends and ultimately what is going to make me happy as a person.

Ride It was a huge success, were you surprised at all?
I knew Ride It was a big song, but I had no expectation, I put it out there, it blew up and became record of the week! Of course I was happy about that, I just make it, release it and what happens next is up to the fans.

So what does the future hold for Jay Sean?
I’m going to keep recording and doing what I love, do some more touring and keep in touch with my fans, it’s going to be a great 2008.

Don’t you mean fabulous?
I sound kind of stupid saying it but yeah it’s going to be a Fabulous 2008! Right now I’m content, determined and happy and I want to stay that way.

Finally, anyone that you want to big up?
Watch out for Tara, an Asian American artist who features on my new album on a track called Murder. She’s gonna be big she’s already collaborated with John Legend , so big up Tara.