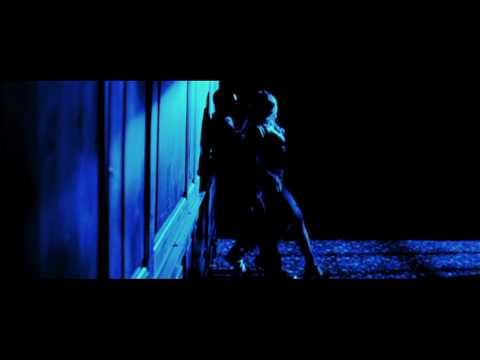 On signing his US record deal:
I got a phone call from my producer in New York, his name is J-Remy. He had done some work with Cash Money – they got talking and he had told them about me. Next thing you know, they had Googled me, listened to my songs and watched my videos. They called him and were like ‘Get this guy on the phone’ and that was it. They said, ‘Let’s fly you over here – we love your stuff – let’s have a meeting.’ I signed to them a couple of months later.

On relocating to America:
Moving over was missions but I’ve got a great team, so it wasn’t necessarily my headache. But it’s not easy relocating. I did the house-hunting – I had to pick my own place. That was fun, but it’s a mission to move lives like that. I come back a lot – as often as I can, I go back to see the parents, go and have some munch with them and catch up. It’s difficult for them. They miss me, but I’ve got my mum and dad and grandparents on Skype now, so they’re there with the video chat – it’s wicked.

On recording Down:
That was one of the most fun recording sessions I’ve had. We recorded it within an hour, listened to it and felt the vibe, so we just left it like that. It was cut there and then, and a lot of the song was just me being stupid in the studio, and those bits sounded catchy so we kept them. The whole thing was just organic. I didn’t know that it was going to be so big. It was the seventh highest-selling song in America last year, and it’s had nearly four million sales in America alone.

On hearing Lil’ Wayne on the track:
I was here in the UK at the Asian Music Awards last year – it was a pretty big night for me anyway because I was up for about five awards. I got a phone call from Slim who told me ‘I need you to hear something on the song, something sounds weird.’ I was wondering what was wrong because it was fine when I left. That’s when I heard Wayne on it and I flipped out. I couldn’t believe Lil’ Wayne was on my joint.

On hitting No 1 in the US Billboard Charts:
I was here again. I was at Capital FM, and I got a phone call from the label saying ‘You’ve got the biggest song in the world right now.’

On being recognised in America:
I’ve been to the States touring for the last four or five years, so even back then within just our own community, people knew who I was. When I started getting noticed by the non-South Asian fanbase, then I was like this is mad. They’re just waiting when I’m at the airport – they know that I’m arriving at the certain city and they’re waiting by the arrivals to get photos. That was weird for me.

On meeting Jay-Z and Beyoncé:
That was an unbelievable experience, because I met them when they knew who I was – that’s what was nuts. I grew up listening to Jay-Z; I mean we’re talking over 12 or 13 years ago. When I met him, I told him ‘I’ve followed you since Original Flavor days’ and he goes yeah?, and I was like ‘My name’s Jay Sean’ and he said ‘I know who you are, cat… I’ve got your CD at home’. And then Beyoncé telling me that she listens to my songs every day – I was like ‘holy sh*t, this is nuts.’

On the Justin Timberlake benefit concert:
I remember the first time I went to see Justin was when he was in Earl’s Court. I paid to go and watch him as a fan, just wanting to soak it up. Next time I see him, he’s on stage in Las Vegas introducing me as ‘The guy with the number one record in the country right now – my boy Jay Sean’. I was thinking ‘what the f*ck is going on right now? This is mental.’

On performing at Madison Square Garden:
It was just bonkers. Madison Square Garden! Stood on that stage, for the first time, my heart was pounding out of my chest. I couldn’t believe it – man’s from Hounslow, standing on stage looking at 20,000 screaming Americans. I remember thinking ‘I don’t know how I got here but I did and this is incredible.’