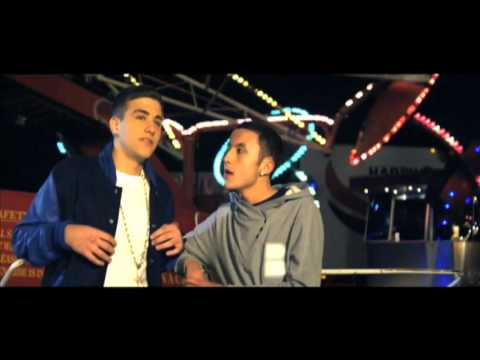 He wrote his first song at just seven years old. Now 16, Fugative has been writing and producing his own material for nearly ten years. With new single Crush out in May on Hard2Beat Records, Fugative – real-name Harry Byart – took time out from his busy schedule to chat to Flavour about Motown, Marvin Gaye, and why he’s keeping his fingers crossed for a ‘collaboration’ with Pixie Lott…

Now you’ve had a taste of success, how does it feel? Your family must be so proud.
Yesterday the video [Crush] dropped and it just went off the wall! It was on every single TV Station within like 24 hours and I was like ‘Whoa!’  That’s mad! It’s good to have support from family as well.

Your mother used to manage Marvin Gaye, so you were exposed to the music industry at a very young age. What were your earliest memories, and what did you grow up listening to?
I was always around music. Basically I just fell in love with it! I used to listen to a lot of Motown and hip hop. Growing up listening to both of them, they were my main influences and that’s where I got my sound from.

You must be so excited about the new single Crush. Speaking of crushes, are there any female celebrities you have a crush on?
Yeah man! I always get asked this! And she’s going to think that I’m a stalker! [We laugh] Whenever I’m asked I always say the same answer – Pixie Lott.

The theme for this issue of Flavour is naughty but nice. Keeping that in mind, what do you consider to be naughty and nice?
Pixie Lott!

What about the other ladies? Are you single?
Yep!

Do you have any pet peeves?
I’ve got OCD [Obsessive Compulsive Disorder – David Beckham is said to suffer from this too]. Everything in my studio and my room has to be in place. Anyone who comes in I’m like ‘Don’t touch that,’ and if they move anything I have to move it back. It’s – like bad, really bad! If the keyboards or pen on a pad is out of place you have to put it back in its place. All my session are always organised – I’m a perfectionist.

Combining grime, RnB, hip hop and pop is distinctly unique. Can you define your musical style?
At the moment I’m in the studio working on a dubsteppy kind of record. On my new album, I’ve got hip-hop, pop, RnB, dubstep, drum and bass, dance –  everything rock, so it appeals to everyone. Anyone can listen to it, so I’m not pigeon-holed to one style.

Who do you consider to be your inspiration or the greatest in music?
I listen to a lot of Kanye and Jay-Z. The way they are playful with their lyrics, they do it like it’s nothing. There’s a lot of artists they proper try – you can tell they’re trying! That’s why with Crush I just  let go, and the first two lines… [Raps] ‘Look gee she’s so predictable, so true she’s unbelievable..’ Just let it flow naturally.

From looking at your MySpace live dates you’re really busy performing across the UK. Who would you like to collaborate with?
Pixie Lott! [Laughs] That would be a wicked collaboration. I’ve heard her rehearsing – I was like… Whoa… such an amazing voice comes out of a cute little girl.

How was your trip to the US meeting Kirk Burrowes founder of Bad Boy Records?
It was mad. The trip was wicked. I would love to live out there. I felt so privileged to be in the studio working with the producers.

What advice would you give to young people trying to break into the music industry?
Every song you write is not going to be your best.
You have good days and bad. I just kept on writing –
as you get older you have to step your game up.
I’ve gradually started listening to a lot of Motown records, to the new artists like Lady Gaga, Bow Wow, and
Jay-Z all the big pop records and smash hits. You take it and you make it something new. Lady Gaga is a big inspiration to me – I think Lady Gaga’s a legend in the making.

Fugative’s new single Crush is out on May 10 on Hard2Beat Records. The album No Goin’ Home will be released Christmas 2010

For more information including details of upcoming events and performances, visit www.myspace.com/fugativeuk