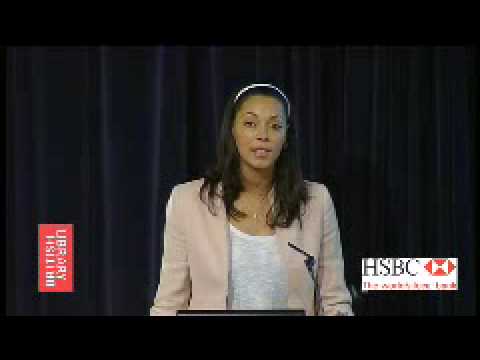 Columnist, press officer and MD of an international greeting card company – That’s quite a job title. Flavour talks to entrepreneur Jessica Huie to find out how she juggles so many roles.

How you started on the road to global domination?
It started with the birth of my little girl Monet. She inspired me to create a fabulous life for us both, and I was blessed to have the work ethic and drive to make the dream a reality. I went to university to do a degree in journalism simultaneously working as an intern for Pride magazine, Max Clifford and BBC London. All three work placements resulted in job offers so after graduating I spent a year with BBC London as entertainment reporter, three years as a senior writer for Pride magazine and then four years working for Max Clifford. I left Max six weeks ago to set up my second company – JH Public Relations, but continue to work for Max on a freelance basis. Colorblind will have been trading two years in August and we launched in THE US last month.

Tell us more about Color Blind cards..
Colorblind Cards was born out of a desire to put black and mixed race faces on high street greeting card shelves. Until we achieved this, the high street was devoid of black cards. I recognised a gap in the market and decided to fill it. I knew there was an exciting commercial possibility but also recognised the social importance, as I wanted my daughter and her generation to have access to positive reflections of themselves. It’s important for a childs sense of identity and self worth.

We began and continue to trade online at www.colorblindcards.com and are now stocked in almost 100 branches of Clinton Cards and fifty independent gift stores and boutiques. We launched at the New York stationary show just last month, and the word on the US streets is that Colorblind are going down a storm in Washington DC! Check out www.colorblindcards.com for a full list of stockists

Last year I picked up six awards for Colorblind from ‘Entrepreneur of the year’ to ‘Enterprising young Brit’ which was presented to me by the Prime Minister, its an amazing journey and I’m just starting out.

What’s a typical day like in the life of Jessica Huie?
It varies! Right now I’m sitting in the business centre of the Hilton hotel, Kingston, Jamaica, answering these questions. I’m out here for a long weekend at Caribbean Fashion week to interview Nia Long and Eve as I’m still a writer for several National newspapers. I spent the morning at a press conference then several hours by the pool in this tropical paradise. Tonight I’ll party (part of the job of course) and then Sunday I have meetings with the Jamaican Minister for Culture, as I’m keen to secure Colorblind cards distribution in Jamaica as soon as possible. I have a house in St Elizabeth so putting money back into the place of my fathers birth is of huge importance to me.

Generally though, my day could start watching my daughter sing in the choir at school, then straight into a full-on working day across JH PR or Colorblind, and it tends to end with the people I love. That’s my perfect day.

You’ve had quite a few amazing experiences – appearing on the apprentice, meeting the PM, the bundle of award wins not to mention the international launch of cbc! What has been your proudest moment to date?
Its difficult to answer, but knocking on the door of No.10 Downing street when the Prime Minister invited me to consult with him on how to make Britain a more enterprising country. That was truly excellent. On a business level the next great moment will be walking into a store in Los Angeles or New York and seeing the fruits of my labour sitting on a greeting card shelf I think! I haven’t traveled out there yet so I have that to look forward to.

What motivates you to achieve?
I have an inbuilt excitement for life and every time I achieve something that zest grows. I am motivated by a desire to live my dream and give my daughter a strong platform to create her own dreams and make them her reality. I am also strongly motivated by the desire to inspire other young people from all walks of life. The message is simple, anything is possible. I’m not some privately educated girl from Chelsea who used daddy’s cash to start a business for fun. This is all a result of hard graft.

Who or what inspires you most?
My beautiful baby girl Monet (she’s actually nine years old now) She changed my life, gave me direction, gave me purpose and I love her immensely.

Undoubtedly you’re quite the role model for young aspiring entrepreneurs, what piece of advice do wish you’d been given when starting out?
You have to make yourself vulnerable to be successful. Nothing is gained from playing it safe. People will knock you, doubt you and try to detract from your focus, but believe in yourself and just make it happen.

Have you had any major challenges along the way? How did you overcome them?
Starting a predominantly black card company in Britain was always going to be a journey filled with obstacles. But that’s great as I use the obstacles as challenges I need to overcome. I’m fighting against a mindset, which says the black market is not commercially viable. I’m also fighting against a mindset that says only a black person would buy a black card. I’ve challenged these ideas and proven them wrong.

What three attributes keep you fabulous?
I’m resilient (throw whatever you want at me, I might cry my eyes out, but once the tears dry up I stand up and am stronger than ever.)

I have a vivid imagination and dream

What’s so great about your life right now? What are you excited about?
My life is fab right now because the world is my oyster. I’m loving being totally control of my destiny, and the opportunities for commerce that the Caribbean and Canada are presenting. Now that the UK and US are taken care of its time to focus on the rest of the world. My life is fab because I am blessed with a daughter who is growing up to be a wonderfully driven, and articulate little girl and I have a good man in my life, Love, business success and holidays make me very happy.

What’s been your biggest treat to yourself?
This year my biggest treat has been travelling loads! We spent two weeks in South Africa in Cape Town in the most beautiful villa in Camps bay. My daughter had a floor to herself and we had a Jacuzzi on our balcony, which overlooked the sea and had Table mountain as the backdrop. It was bliss and we totally fell in love with cape town. I spent a weekend in New York to interview Mariah Carey in March, had a weekend in Paris with my daughter in April, a few days in Dubai last month and now of course I’m in Jamaica.

What are your plans for the rest of 2008?
This year is about establishing JH Public relations in London, raising the profile of Colorblind cards in America and securing distribution for Colorblind in the Caribbean and Canada. I also intend to write my first novel and work on Colorblind children’s books.