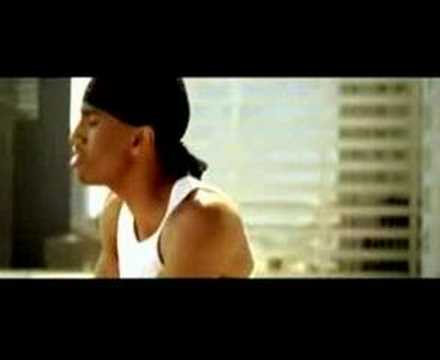 Well, I suppose it’s true what they say, every dog really does have its day…. not literally of course, but at some stage in life, if you have been the under dog, the one that goes unmentioned in a favourite five or simply that individual who was always picked last in the playground, your time will most definitely come to shine.

Having burst on the scene in 2005 with his debut album, I Gotta Make It and single Just Gotta Make It, which featured the imissable talents of Twista, the uncelebrated musicality of Trey Songz tasted its first bites of life as a recording artist on Atlantic records. Noting great musical influences such as Marvin Gaye, Donny Hathaway and past collaborator Aretha Franklin, Trey Songz’s debut album was an array of soulful sounds that opened up doors of opportunity for future collaborations. ‘I been on records with Twista, Jim Jones, Paul Wall, Kevin Lyttle, AI [a Japanese artist], Maria Jose [a Spanish artist]… I’ve done alot of songs.’

The waiting game is over
Leaving his solid fan base with a three year wait, Trey Songz released the first single off his sophomore album appropiately titled Can’t Help but Wait a scorching hot song that has managed to melt the hearts of women young and old, yet, has the guys singing the lyrics without challenging their masculinity. ‘I feel like I’m an artist who is versatile to guys, a man who makes music for women but I speak for men when I talk. The inspiration for the song is clearly just women knowing their worth and like not interfering with a relationship but just letting a woman know that you will wait for her.’

Trey Day, his second album, seems to be the reason for the international interest being received by Trey, with the spotlight getting brighter and brighter on the 24 year-old star. Boasting production from mentor Troy Taylor, R. Kelly, Jimmy Jam & Terry Lewis and Dre & Vidal, Trey Day’s mature sound is something that isn’t new to Trey Songz. ‘I never made teenager music, I was actually 21 when my first album came out, I feel like the first album was definitely an introductory piece and on the second album it’s a little more sexual, it’s a little more adult, this is more wholesome. I think I’ve grown as a writer, as a vocalist, as an artist, as a man.’

A tribute to his fans
Something that Trey Songz is vocal about is the love and appreciation he has for his loyal fans that inspired the title of the album, ‘the first time I heard that was when my first album came out, my fans were calling it ‘Trey Day, coming soon’, so that was kind of like a tribute to them. The love for my fans has definitely catapulted me to different levels that I wouldn’t be on.’ Levels that we hope to hear and see more of here in the UK which, judging by his future schedule does not seem too far fetched. With more possible UK dates in negotiation (no promises) and guest appearances on the albums of Chingy and Flo Rida, Trey says, ‘the future holds so much, baby!’

Remaining a down to earth, hardworking person are some of the factors that are close to Trey’s heart. ‘I gotta keep being a good guy, you know what I mean? Like, outside music and music you put out there, it matters what you do and how you respect people.’

So, five things that make Trey Songz so fabolous? ‘Because, I’m me, just one reason.’ Well who can argue with that?