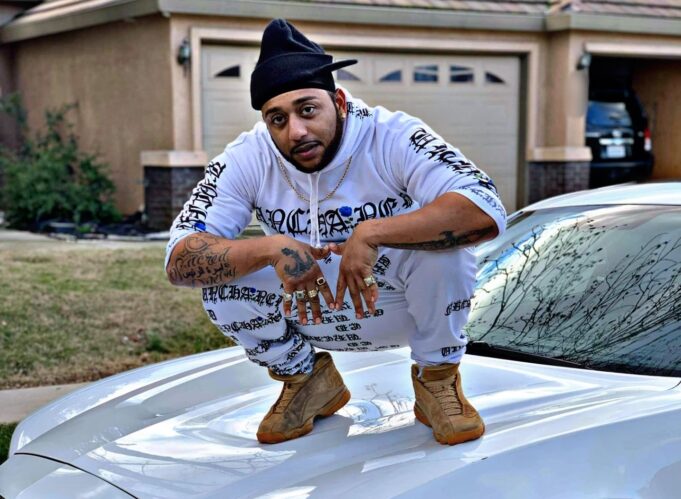 ‘Unchained’ is the debut album to come from Kingdonquan CEO of Sacred Poetry Entertainment.

Written to inspire social change and unity, ‘Unchained’ was inspired by the murders of George Floyd and Breanna Taylor, the rise of the Black Lives Matter movement, and events in Kingdonquan’s personal life. Recorded in his home studio, Kingdonquan wrote, recorded and mixed this album himself, teaming up with K.E. On The Track and Beatz Era who provided all the beats for this album. ‘Unchained’ is a 16 track album filled with heavy hitters, chilled out vibes and hyped up songs. Kingdonquan can do it all!

Releasing music under a variety of monikers, Kingdonquan has been creating music since discovering his lyrical talent in Juvenile prison. Imprisoned for a crime he didn’t commit, Kingdonquan ensures his music speaks to social inequality and candidly expresses his real lived experiences. Whilst in juvenile prison, Kingdonquan was selected for a local boot camp ‘campsinger’, and was the first felon to attend the programme, opening the door for other felons to become involved with music.

After discovering his royal bloodline, Kingdonquan is chasing his musical aspirations with a newfound vigour, and is kicking 2021 off with the ambitiously confident debut ‘Unchained’.