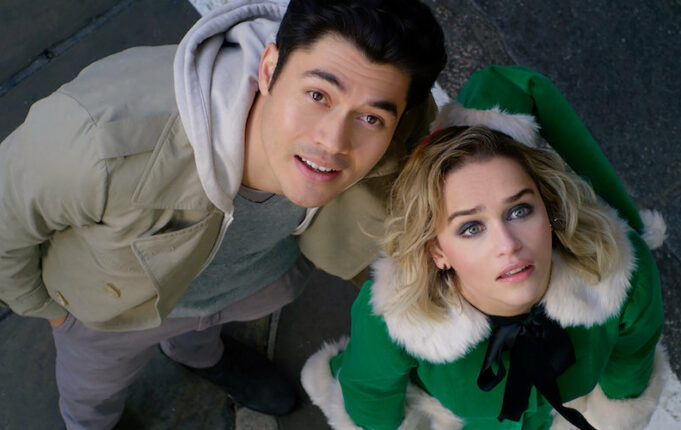 For all its unoriginality there is something inherently likeable in this fondue mess.

‘Tis the season to be jolly, well almost thanks to Bridesmaids and A Simple Favour filmmaker Paul Feig. Combining the much-loved back catalogue of George Michael and Wham, the wholly predictable and cheese-laden script – co-written by Emma Thompson – isn’t enough to make you have faith in the festive rom-com but it’s worth giving it one more try.

Anyone who hasn’t been living under a rock for the past 35 years (and even you Millenials) will guess the film has been inspired by the song made famous by Wham back in 1984. The film follows the former Yugoslavian and George Michael fan, 26-year-old Kate (Emilia Clarke), dressed like an elf for most of the film because she works in an all year round Christmas shop in Covent Garden. Bed surfing from one friend to another and shagging anything that moves, her life is in danger of heading off the rails at hyper speed.

Enter the love interest (Henry Golding), that just so happens to pass by her shop on a regular basis. Noticing him from the window of her shop, their romantic dalliance begins as they jump from date to date across a picturesque night-time London that will lead you to believe that simply venturing down an alley on foot in Covent Garden would lead you to St Paul’s.

To fill out the storyline, devoid of friends as she’s managed to annoy them in one form or another, we find that Kate’s family life isn’t much better. She tries to avoid her overprotective and tactless mother (Emma Thompson) while her relationship with her lesbian sister is strained to say the least. Michelle Yeoh plays her long-suffering yet forgiving boss Santa, who has a crazy obsession with Christmas. To thank her for her loyalty, Kate decides to try and set her up with an equally odd customer of the shop.

Feeling rushed, the script lacks in the capacity to keep us guessing, it’s easy to guess the plot of the film from the trailer alone but if you haven’t had the chance you’d soon get it within the first quarter. Although it looks festive pretty and glossy hitting all the right rom-com tones the dialogue we got from Feig’s Bridesmaids is missing. Thompson gives herself some of the best one-liners but even the swearing Clarke can’t quite pull hers off for those belly laughs it so deserves.

If it wasn’t for the select George Michael song’s cleverly slotted into certain scenes this Christmas goose would be in danger of getting the chop, but for all its unoriginality there is something inherently likeable in this fondue mess.

Last Christmas is out in cinemas November 15th