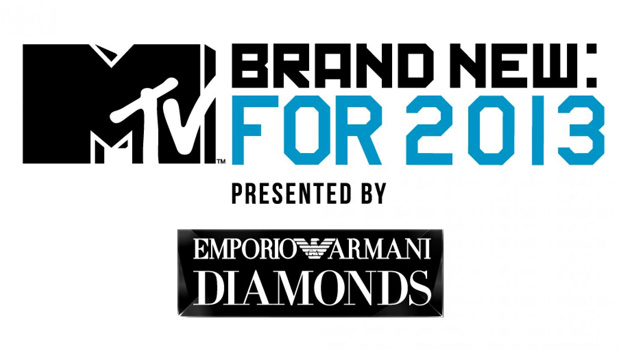 Today, MTV UK & Ireland in association with Emporio Armani Diamonds, start their search for the best unsigned music act in the UK – offering up the chance to perform live in London for MTV and a coveted spot on the MTV Brand New for 2014 shortlist.

To enter the competition, unsigned artists can head to www.mtv.co.uk/unsigned where they have the opportunity to create a profile and submit their best track to impress the MTV panel.
All submissions must be made by 25th October 2013.
Last year’s unsigned competition winner, Ebony Day, went on to beat off stiff competition from the likes of Gabrielle Aplin, Tom Odell and Kodaline to take the overall MTV BRAND NEW for 2013 crown – the first time in the campaign’s history that an unsigned artist has won.
With one of the most successful track-records for a new music poll, over the last five years MTV Brand New has identified international stars such as Lady Gaga, Justin Bieber & Ke$ha before their debut releases whilst also picking up top British music talent Tinie Tempah, Adele, Florence + The Machine, Disclosure, Ellie Goulding, Jessie J, Friendly Fires, White Lies, Wretch 32, Labrinth and 2012’s winner Conor Maynard at the very start of their recording careers.
Make sure you ‘Like’ the MTV Brand New Facebook page where they will be highlighting some of the best unsigned entries and updating followers on progress. For more info goto: brandnewunsigned.mtv.co.uk