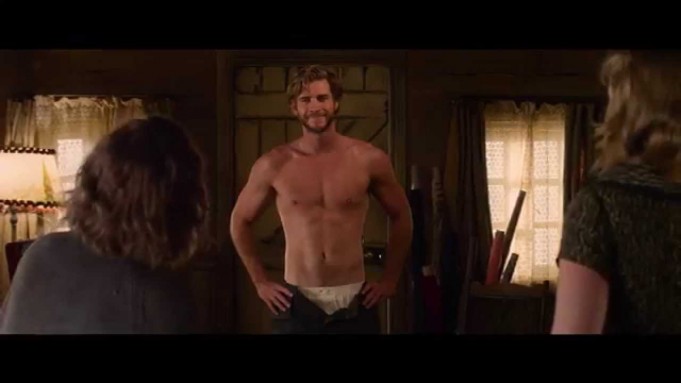 The moment has finally arrived a lot of you have been waiting for, yes the very last Hunger Games is out in cinema’s tomorrow and even though we weren’t that happy with its final bow it’s certainly the best of the bunch of the film’s out this week.

A seemingly meticulously planned heist goes seriously wrong. Beautiful, ruthless criminal Alex Faraday (Kurylenko) is forced to go on the run, and after witnessing one of her comrades being brutally murdered discovers her problems are only just beginning. Realising she’s just witnessed the work of a highly specialized international syndicate who seem to be searching for a key, she attempts to evade capture, and finds herself in the midst of a high-octane, brutal game of cat and mouse with the chillingly efficient Mr. Washington (Purefoy – John Carter, Solomon Kane), who will stop at nothing to retrieve the mysterious key and prevent the political mayhem that may erupt if it’s secrets are exposed.

Unfortunate for this film is the lack of any originality. Tons of action, yes, but the story is mundane, it’s been told so many times before it just all becomes so predictable and you’ll find yourself clock watching just willing for it to be over.

After a painful breakup, successful lobbyist Leah Vaughn (Sanaa Lathan) jumps into a passionate relationship with a charming stranger (Michael Ealy). When her ex-boyfriend (Morris Chestnut) resurfaces in her life she has to figure out who she should trust and who she should fear.

It’s disappointing, as this story could have held so much potential with the subject being very relevant right now and the performances both from Lathan as a scared yet woman full of fight and a bi-polar psychotic Ealy, whose eyes really do his performance justice are pretty flawless. It’s just a shame the scriptwriters really did rush the story, didn’t let it develop to its full potential and basically made this feel just a bit of a mess.

Based on the best-selling novel by Rosalie Ham, THE DRESSMAKER is a bittersweet, comedy-drama set in early 1950s Australia. Tilly Dunnage (KATE WINSLET), a beautiful and talented misfit, after many years working as a dressmaker in exclusive Parisian fashion houses, returns home to the tiny middle-of-nowhere town of Dungatar to right the wrongs of the past. Not only does she reconcile with her ailing, eccentric mother Molly (JUDY DAVIS) and unexpectedly falls in love with the pure-hearted Teddy (LIAM HEMSWORTH), but armed with her sewing machine and incredible sense of style, she transforms the women of the town and in doing so gets sweet revenge on those who did her wrong.

Right now Winslet is pretty much on fire and nails her character to the wall but the real star of this film is Judy Davis with her erratic behaviour, she’s that kind of woman who is a mix between that drunken aunt at a wedding or a crazy cat lady. The film is just hilariously absurd and full of ridiculous charm especially when we encounter a cross-dressing cop.

With the nation of Panem in a full-scale war, Katniss confronts President Snow [Donald Sutherland] in the final showdown. Teamed with a group of her closest friends – including Gale [Liam Hemsworth], Finnick [Sam Claflin], and Peeta [Josh Hutcherson] – Katniss goes off on a mission with the unit from District 13 as they risk their lives to liberate the citizens of Panem, and stage an assassination attempt on President Snow who has become increasingly obsessed with destroying her. The mortal traps, enemies, and moral choices that await Katniss will challenge her more than any arena she faced in The Hunger Games.

I would recommend you watch this film and if you haven’t read the books, go and have a read then come back to it from the beginning and make up your minds. The Hunger Games – MockingJay part 2 is full of tension it’s fairly simply, dialogue heavy and in parts just a bit messy. It’s not quite a fitting end to this great tribute.

OUR PICK OF THE WEEK: The Hunger Games Mockingjay Part 2