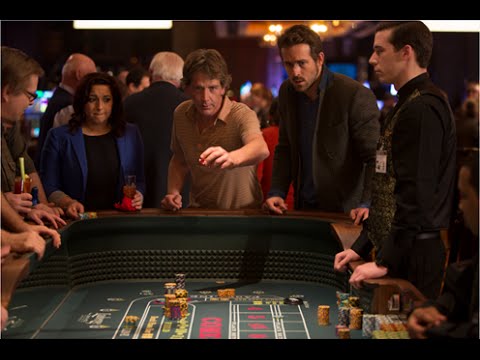 The past couple of weeks has seen a hiatus on the release round up from me thanks to the London Film Festival. We are now back with a vengeance with an abundance of films being released this week. Unfortunate for you guys the quality isn’t of the highest standards.

Vin Diesel is Kaulder, THE LAST WITCH HUNTER – the only one of his kind remaining and the only thing standing between humanity and its destruction at the hands of the evil witches that secretly live in our midst.

A lacklustre performance from Diesel and CGI effects that look like they’ve had better days make this one film that’s destined to be a major flop. A pile of mess might spring to mind.

The last in the Paranormal Activity franchise, The Ghost Dimension takes a dip into what’s happening beyond what the naked eye can see.

Where the first Paranormal Activity was frightening and fresh, the last in the series just goes a step too far as it becomes all so predictable to the viewer.

Two million years ago, deep in the Savannah desert lives Edward, the eldest son of a primate king. At birth Edward is considered too small and puny for his tough tribe and is sent away to be brought up in secret. But as he grows up he realises he is no ordinary ape…

It’s not long before Edward discovers fire (well, someone had to!), hunting, modern living, love and even… hope. As generous as he is advanced, Edward wants to share everything, revolutionise the established order and bring his people bang up to date – with hilarious results as the rest of the primates try to get to grips with a new way of doing things!

Whilst this is never going to be a classic or even remembered for very long as something doesn’t quite fit, Tries a bit too hard and lacks an emotional connection to the characters, it’s still a fun little animation that shouldn’t be written off without giving it a try.

Ryan (Chris Mason) is desperately searching for inspiration for his new novel whilst suffering a badly broken heart after being dumped by his glamorous girlfriend Lucy (Wallis Day) and adjusting to life away from his beloved Liverpool.

In a misguided effort to cheer him up, his two best mates, John (Elliot Gleave / Example) a successful city trader and Connor (Lucien Laviscount) a budding Hollywood actor, take him out on a tour of the wild excesses of London’s party scene where he meets the girl of his dreams, art gallery owner Anna (Hannah Britland). However on his journey, Ryan becomes torn and conflicted between life’s priorities; to his friends, to his writing and to his roots.

The whole tone of the film had no sense of excitement or urgency about it. It quite frankly felt like it had been thrown together in a rush with no creative thought process. Dull as dishwater springs to mind. What were they thinking wasting their money on this production?

Gerry (Ben Mendelsohn) is a talented, but struggling poker player about to be swallowed up by his unshakable gambling habit. But his luck begins to change after he meets the young, charismatic Curtis (Ryan Reynolds). Gerry convinces his new lucky charm to hit the road with him, towards a legendary high stakes poker game in New Orleans. The highs and lows unveil the duo’s true characters and motivations, and an undeniable bond forms between them.

Ryan Reynolds certainly looks like he has turned his career around from screen heartthrob to serious actor and this film proves it. This film is a heart warming, gritty, captivating character driven story which will leave you thoroughly engaged.

Eleven-year-old Dylan (Ed Oxenbould) is getting a hard time from a school bully, whilst his father (Sam Worthington) is at home grieving over the death of Dylan’s mother. When a regional paper plane tournament is announced at Dylan’s primary school, he soon discovers his natural talent for creating the ultimate paper plane. During a whirlwind adventure that takes him all the way to Japan for the world championships, Dylan meets the junior Japanese champion, Kimi, and they develop a close bond challenging each other to build the most beautiful paper plane ever made.

Paper Planes is a touching story of the underdog winning against all odds. This big hearted journey really is wholesome family fodder full of imagination and creativity. Such a breath of fresh air for the child audience it’s aimed for.

OUR PICK OF THE WEEK: Mississippi Grind