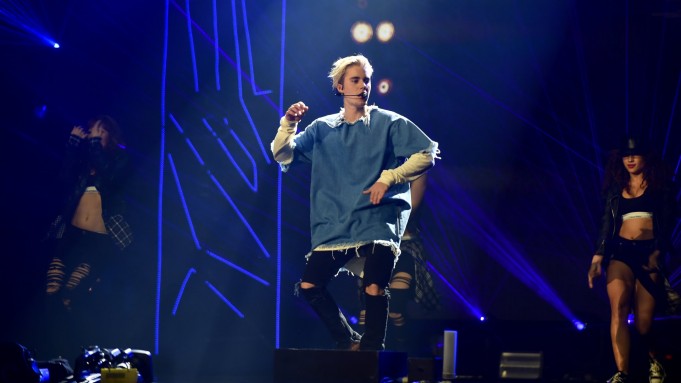 The Radio 1 Teen Awards is held every year and this year it had some of the best artists yet including surprise guest Justin Bieber.

Justin Bieber surprised 10,000 teenagers between the ages 14-17 by giving them a surprise performance; Justin sang his popular hit song ‘Boyfriend’ from his last album, he surprised the fans by singing his new songs from his new album that is set to release on November 13th 2015.

All Time Low performed their new songs ‘Something’s Gotta Give’ and ‘Kids In The Dark’ from their new album ‘Future Hearts’. Alex, Jack, Rian and Zack smashed it by showing Wembley what they’re all about, All Time Low are definitely worth going to see… Watch this space! Other performers of the night was world famous girl band Little Mix and performances from Nick Jonas and 5 Seconds of Summer which were obviously amazing.

Alice, 14, from Gloucestershire won a teen award last night as part of the glitzy award ceremony. Alice had an inspiring story that everybody should hear. Alice is a lovely young girl that makes us all want to be more like her. Alice is now a young leader who helps other young people like her. She has helped other people understand what it’s like to go through being a young carer; Alice has also helped to educate adults that work with people like her mum. Alice is helping write a book entitled Parents, Pints and Pills; this is aimed to help young people who are in a situation like her.

Another winner of last night’s teen awards was Aaren, 16, from Bristol. Aaren shares his inspiring story that has helped lots of young people to be comfortable with who they are and come out to their parents. Aaren was born with gender dysphoria. He suffered depression and anxiety because of the huge difference between his biological female sex and his male gender. Aaren has made a difference not only by helping others by giving them advice through his youtube videos but helping change the way his school works. Teachers are now receiving LGBT training at his school. Aaren is an amazing person and deserves this award.

The last winner of last night’s teen awards was Rosie, 14, from Coventry. Rosie is another inspiring teen who was diagnosed with Medulloblastoma, which is a brain tumour. Despite being very ill Rosie wanted to help others that helped her through her illness. Rosie ran the race for life and launched her own fundraising campaign across local department stores. Rosie’s cancer returned twice but despite this Rosie is determined to give back and help people that helped her, she raises money for The Little Princesses Trust and The Teenage Cancer Trust. Rosie no doubt deserved this award.

Teen Awards also gives awards out to the best music artists voted by the public.

Overall Radio 1 put on a fantastic show and I highly recommend you attend next year.