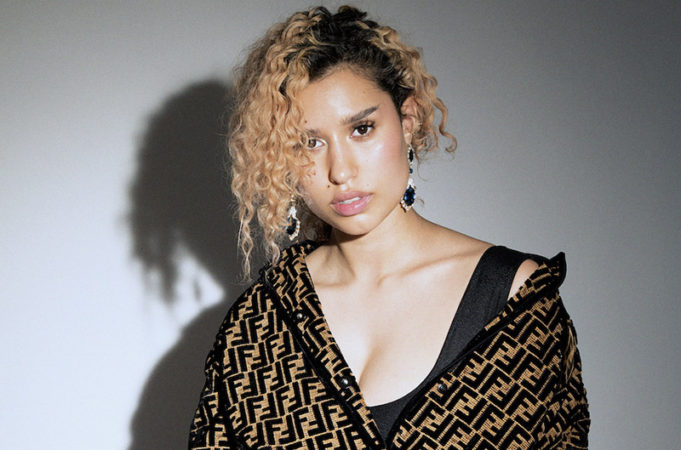 ‘Friends’ is an in your face ode to females being pitted against other females, produced by Mark Ralph & Kyle Shearer, the team behind Martin Garrix and Dua Lipa’s ‘Scared To Be Lonely’, alongside Fred Gibson who also produced the current No.1 and No.2 singles ‘Shotgun’ by George Ezra and ‘Solo’ by Clean Bandit.
RAYE sings “What’s up with all the girl hate girl shit” and “Why is it if I’m not a boy I’m an enemy”, calling for females to support each other and stop the negativity that is all so easy to create.
RAYE says: “As you grow older, the list of people you can trust becomes smaller and smaller. I’ve lost a lot of people from my circle, experiencing the nastiest side of girls and boys. But I don’t care. I know real from fake and I am so blessed to have true friends behind me every step of the way. My friends are my sisters. My ride or dies, there for me through thick and thin. I’m so excited for everyone to hear this song.”
RAYE recently released her second EP, ‘Side Tape’, a culturally relevant collection of music featuring a number of collaborations with her artist friends, all curated by RAYE herself.
She is one of the UK’s hottest new stars. 2018 began with a BRIT Award nomination for ‘Best Single’ with Jax Jones, followed by a Top 15 charting single, the Gold-certified ‘Decline’, a record that stayed on the Radio 1 A-List for a massive 8 weeks. This was followed by ‘Cigarette’, one of the year’s most exciting collaboration with Mabel and Stefflon Don. The track has already had over 18 million streams of Spotify.
Overall RAYE has racked up nearly 130 million streams of her music, and has established herself as one of the UK’s ‘go to’ hit songwriters, working with the likes of John Legend, Charli XCX, Nas, Little Mix, Snakehips, Julia Michaels, Blood Pop, Ellie Goulding, Diplo and Naughty Boy. Her collaborations and songwriting credits have racked up over 1 billion streams to date.
Listen here: https://raye.lnk.to/FriendsIN
RAYE recently supported Rita Ora on her UK tour and headlined her own date at London’s Village Underground. She will support Halsey on her London dates in September.