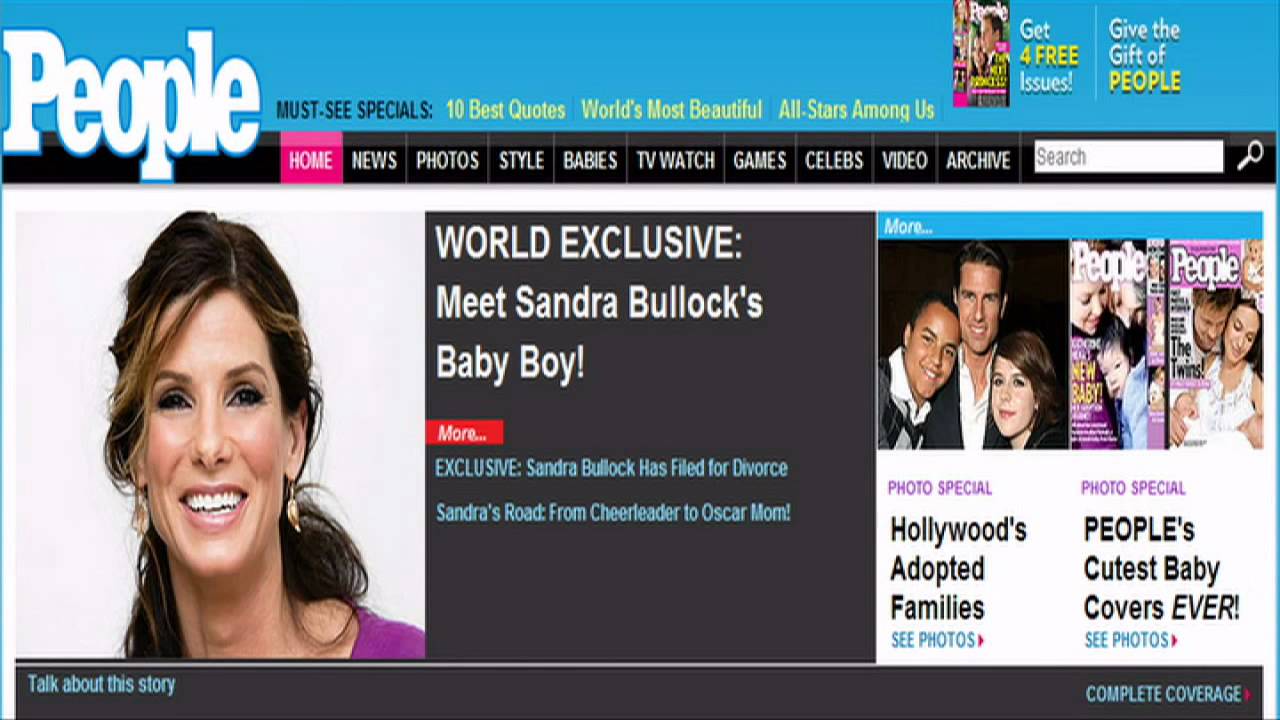 Sandra told People she has filed for divorce, adding “I’m sad and I am scared” – though she does not reveal where the petition was filed. She says she had no idea about Jesse’s infidelity.

She also reveals that she’s adopted a 3 1/2 month old boy named Louis Bardo Bullock and though she and Jesse started the adoption process four years ago and brought the boy home together in January, she now plans to raise him as a single parent.

Of the baby, who was born in New Orleans and named after Louis Armstrong, Bullock says “He’s just perfect, I can’t even describe him any other way … It’s like he’s always been a part of our lives.”

Despite the messy split, she says of James, “I really don’t know how our paths will intersect in the future, but the father I have known Jesse to be … is one that I hope Louis can experience one day, no matter how Jesse and I go on with our lives.”

Jesse tells the magazine “I know in my heart that I can be the best father possible to my four children and the mate Sandy deserves, and realize that this is an incredible mountain to climb. But believe the steps I have taken in the last 30 days are the foundation to making this happen.”

Sandra and Jesse have been married for almost five years. He has three children from two previous marriages.