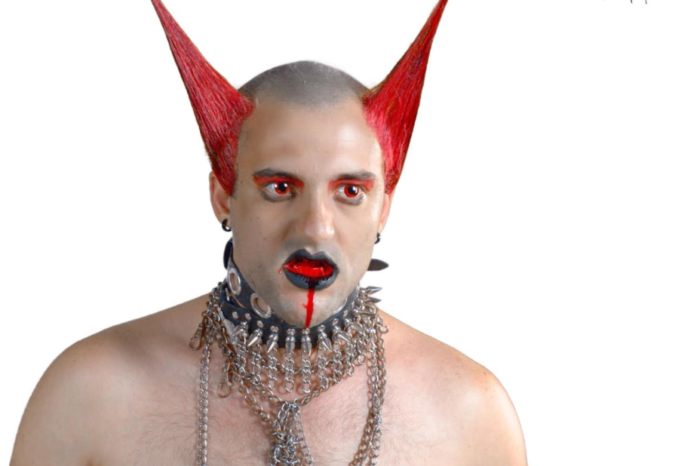 ‘Hallows Eve’ is the conceptual new album from New York artist Scotty Seed. Choosing Halloween as his theme for his latest release, Scotty Seed wanted to challenge the often watered down version that is presented in popular culture and has certainly achieved his aim of producing a project with real shock and scare factor.

“Throughout the album, I want to convey that I am a force to be reckoned with” explains Scotty Seed. The storyline of the album follows a villain with a twisted fate, a narrative that is explored in both the music and the lyrics. The video for the lead track ‘Hallows Eve’ was filmed in a church basement in Bushwick, Brooklyn and draws out the eerie storyline and emphasises the freedom of Scotty Seed’s creative self-expression. Fusing industrial dubstep with more mainstream pop styling, ‘Hallows Eve’ is a diverse album with an immersive listening experience.

An Italian electronic pop artist from New York, Scotty Seed blends genres and styles freely as he searches for the perfect medium for self-expression. Inspired by innovative cultural icons such as David Bowie and Marilyn Manson, Scotty Seed pushes boundaries and expectations with his releases. Yearning to immerse himself even further in the industry, Scotty discovered his voice by studying with renowned vocal coach Katie Agresta, who is best known for her work with legendary artists such as Bon Jovi and Cyndi Lauper. Also a strong advocate for mental health support and the LGBT+ community, Scotty Seed brings marginalised voices and perspectives into focus in his projects, creating a safe space for self-expression.