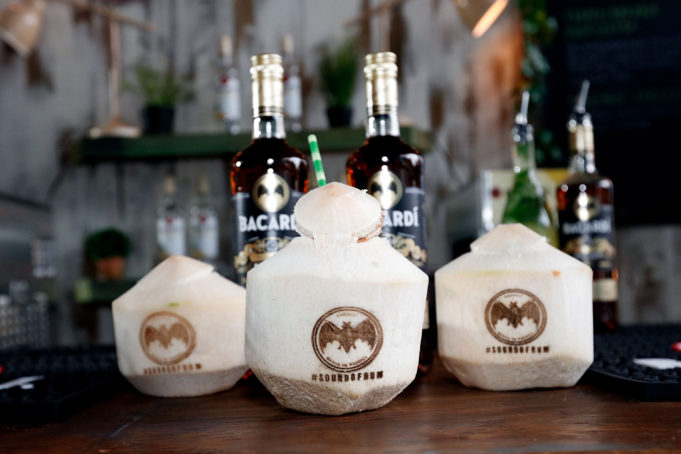 Major Lazer and BACARDÍ turned up the heat and celebrated the Summer Solstice in Chicago on June 21st – the longest day of the year – to kick-off the Sound of Rum, a musical movement that blends island-inspired sounds, refreshing rum cocktails and immersive art installations by local artists.

To usher in summer on the official first day of the season, BACARDÍ took over the streets of Chicago, transforming them into a Caribbean-inspired part outdoor bar, part street market, part open-air fiesta.

Model and former Miss Universe 2012 Olivia Culpo joined the summer celebration, sipping on BACARDÍ Mojitos all night long while dancing to the Sound of Rum. Decked in Raisa & Vanessa with Jimmy Choo heels, Culpo posed for photos by the signature BACARDÍ bat logo. Next up, the fashionista is headed to Ibiza for her first time ever.

Major Lazer hyped up the crowd as they took the stage, starting with a set which included crowd favourites Cardi B’s Bodak Yellow, Post Malone’s Rockstar and Lil Wayne’s A Milli. Guests went wild when Diplo threw Major Lazer branded whistles into the crowd, after which he, Jillionaire and Walshy Fire treated the audience to Major Lazer classics Lean On, Know No Better, Front of the Line and more. Trinidadian singer Machel Montano also joined the DJ trio on stage to perform his smash hit Like Ah Boss.

Throughout the evening, guests noshed on delicious island-inspired bites, sipped on refreshing rum cocktails and danced to Sound of Rum rhythms pulsating through the streets. Local “Star-tenders” from The Broken Shaker, Bad Hunter, and more championed the rum by mixing up speciality cocktails all night. The Summer Solstice cocktail, made with BACARDÍ Coconut Rum and pineapple juice, and the Walshy Cooler cocktail, made with BACARDÍ Major Lazer Limited Edition Rum and coconut water served in instagrammable coconuts, were most popular. While the “Star-tenders” worked their magic behind the bar, the surrounding event space was ornamented with art installations and murals by artist Felipe Pantone.