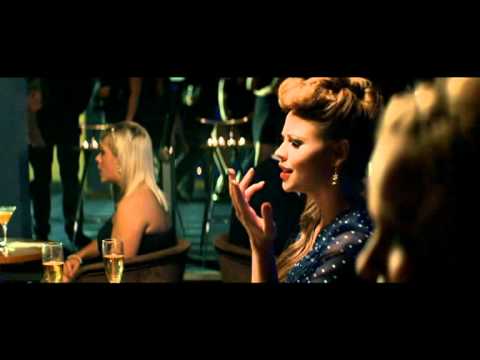 Aggro Santos: “I’ve got a track called Anaconda. It was based on all the comments I got after wearing that tight Lycra bodysuit in I’m A Celebrity….you get the word play right?”

The 22 year old Brazilian rapper who grew up in South London is fresh off a hit TV show. With his newly widened fan-base he is set to release the debut album Aggro Santos.Com and the single Like U Like. Aggro talks Latin fire, curvaceous women and street ratings with Mary Bello.

Aggro Santos is a bit of a naughty boy. He’s a dirty flirt (in the cutest possible way) and starts with the smooth lines from the minute I introduce myself “I can imagine you on Choice fm at 2am in the morning making guys crash their cars with that voice.” Along with being a flirt he is open, honest and refreshingly fun to talk too.

So your album is out soon, what can people expect?
I would say its an album that’s perfect for getting ready to go out to. It’s commercial with a real club vibe. Catchy hooks, slick production- the whole lot! I like making music that people can enjoy and have fun with. Music has a serious side but it’s great if it can make you move and have a good time.

Sounds like the perfect party album! A lot of your tracks are massively sexual. Are you trying to tell us something?
[Laughs]What can I say? I’m very, very, very sensual. That’s the Latin American in me. We are very fiery when it comes to sex and love. At Nando’s I go for hot, that’s an indication of what I’m about on that score.

So you reckon you’ve got skills in the bedroom?
Peri- Peri levels of spice girl!

Did you channel some of that spice level in the Like U Like video? You and Kimberly have some good chemistry…
Yeah we really vibed off each other. She was excited about the track and her style suits the song perfectly. Plus she’s a beautiful woman so it wasn’t hard to have chemistry. And apparently I look like her boyfriend so I’ve been told.

You seem to have a thing for Kimberly’s. First there was Wyatt now there’s Walsh! Which Kim is next!?
See the trend there? Its gotta be a Kimberly W. So my next one is gonna be Kim Woodburn from How Clean Is Your House.

Plan on getting her in an apron and some gloves for the video?
We could definitely do a rap but I cant imagine her bein’ all sexy in a video. She’s older than my mum!

Hire some hot girls! Get them in the aprons doing a little cleaning dance?
Yeah now you’re talking. Wow you are very imaginative…

Thanks! Beside’s Kim Woodburn, any celeb crushes?
I like a girl with body so definitely Nicki Minaj or Kim Kardashian

Another Kim, nice to hear you like a woman with curves! Ok, so what possessed you to go into the jungle on I’m a Celeb?!
You know what there are not that many music shows anymore, and I thought it would be a really good way to get myself out there and get wider recognition. I mean 13 million people watched. And since I came outta the jungle, well I can definitely notice the difference.

Did you know you trended on twitter?
Yeah and I was also the second most Googled person on the show!

There was a moment when you were on a trail, doing well then suddenly freaked and ended it early- what was that about?!
You know what it was a dark tunnel and there were loads of green biting ants, cockroaches, rats. They were making noises and shit and I just wanted to get the hell out. You couldn’t see anything! And when I watched it back, I couldn’t remember doing this, but I said ‘are there monkey’s in here?’ [Laughs] It was brilliant watching the show back. Seeing how you are viewed by other people.

Did you lose street points for quitting trials?
Nah not really, cos some guys on road act like they’re bad and not scared of knives and gangs and shit but they will run when they see a cockroach! I got ratings if anything, cos mandem were like ‘ahh bruv I rate you for going on that I’m A Celebrity ting’.

You were real chilled and quite a gent on the show. Did you have a game plan when you went in?
You know what I was surrounded by a lot of attention seekers and I’m about my music. I wasn’t gonna go on the show, act the fool and make a twat out of myself just to get extra air time and headlines- it was so obvious that some people were doing that. Hopefully more people will be curious to check out my music- are you gonna buy the album?

Can I get one for free?
I’ll perform a new song for you I’ve written called Anaconda. Based on when I wore that yellow bodysuit for a trial. I’ve been blessed in some departments…. Aggro is always looking slick whether he’s in a music video or on a red carpet!

Hair:
Aggro always gets his braids redone or a shape up weekly. A barber hooks up his shape up but he only lets the ladies loose on those braids!

Facial Hair
Anything more than 4 days shadow is not a good look in Aggro’s book. Invest in some quality products like a shaving kit from Truefitt and Hill. Individual products are priced from around £6 upwards.

Skin
Coco butter keeps Aggro’s skin silky smooth. He also confesses a skin secret “I’ve had a wax before but I wouldn’t recommend it for guys that shit hurts!”

When it comes to clothes a suit is his signature style and Hugo Boss is the label.

Fragrance
“I used to rock Paco Rabanne but too many people jumped on that so I switched it up to something new.” Find a signature scent that suits you. Don’t follow a trend, get original and see what’s out there. Try Dior Higher Energy 50mls £41.87rrp or Marc Jacobs Bang 50mls £39.83 rrp