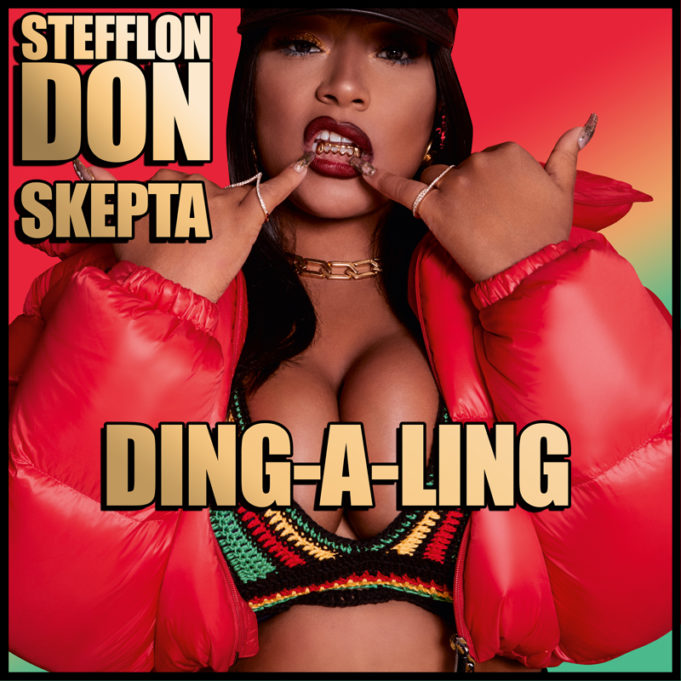 Following the massive success of her debut single ‘Hurtin’ Me’ and a show-stopping performance to open this year’s MTV EMA Awards, STEFFLON DON continues her rise as one of the UK’s most versatile and exciting new talents with the release of new track ‘Ding-A-Ling’ featuring grime superstar Skepta.

The track is out via Steff’s own Universal Music imprint V-VI Records and is available to buy and stream on all major DSP’s now: https://stefflondon.lnk.to/dingaling

Produced by longstanding collaborator Rymez and built around a Simpsons-induced rework of Chuck Berry, ‘Ding-A-Ling’ showcases Steff’s innate versatility as she trades her singing voice for the fierce, ferocious flow that made her debut mixtape ‘Real Ting’ an instant classic. The track follows the artist’s first official major label release ‘Hurtin’ Me’ (feat. French Montana) which has become A-Listed across Radio1, 1xtra and Capital FM, peaked at No.7 (becoming the artists’ first Official Charts Top 10) and has now crossed over 60 million streams. From recent collaborations with Krept & Konan, Lil’ Yachty, Giggs, Charli XCX & more as well as featuring on the Jax Jones and Demi Lovato mega smash hit ‘Instruction’, Steff has continued to defy expectations to cement her status as a talent like no other. After releasing ‘Real Ting’ at the end of last year, Steff instantly won predictions from the likes of NME, i-D, the BBC and MTV as THE artist to watch in 2017.

Twelve months later and she continues to deliver on the hype with recent nominations from the MOBOs & the Best Breakthrough nomination at this year’s Q Awards, knockout performances on both BBC’s Sounds Like Friday Night and the MTV EMAs & a highly-received slew of dates as main support for Future’s EU Tour.