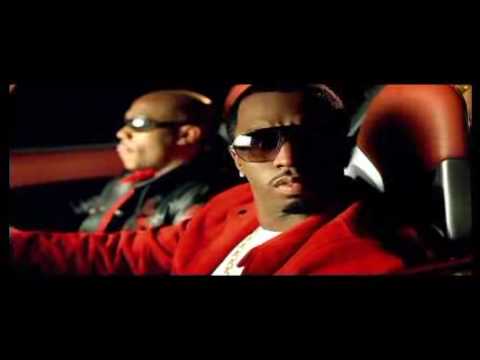 5) Diddy wants a wife
No, its not the name of his new MTV show (although it has a nice ring too it). After Kim Porter left him in August, our favourite mogul has been flying solo. But now it’s reported that he is looking for the one. Can you dance like Diddy, can you manage that ego? Tall sexy model types need only apply….

4) Got Beef?
So the planned Fame Tour between music’s quirkiest dressers Mr Ye and Lady Gaga was called off to the collective dismay of many. But 50Cent wasn’t that bothered. Fiddy said on the Angie Martinez Hot 97 show that it was the “Gay tour”. He then quickly backtracked and said he had nothing against Lady Gaga or anyone’s lifestyle choices….Erm, Curtis are you implying? With Fiddy’s new album due to drop next month perhaps he wants a little controversy to surround his latest effort Before I Self Destruct… Is this some new beef, will Taylor Swift jump in on this too? Lets wait to hear if Kanye preaches from the stylish corner or will he make like Gaga and keep a Poker Face?

3) Sugababes Reloaded
We all know there was a little hostile takeover action concerning our fav babe Keisha Buchanan. She’s been replaced by Jade of Eurovision fame. What’s going on, she was the last original and now the groups just turned into a brand, cookie cutter sexy singers R US! But Mutya Buena has said it would be cool for the original three to reform. Could we see the original NW London feisty chicks back together again? Watch this space, its high time we had a babe off!

2) Mobo Madness
It was that time of year again when we saluted music of black origin but Tinchy Stryder failed to walk away with a coveted statuette after 3 nods. Was there a mix up?! Did he not have the top selling urban album of 2009, and notch up two no1s? And Dizzee Rascal didn’t have much to celebrate either….Bonkers, I don’t understand why they both weren’t number one!!

1) Rustin?
Rihianna and Justin Timberlake are apparently creeping around and getting hot and heavy. They looked good together in the Rehab video, perhaps the steamy acting slipped into reality? With Jessica Biel officially out of the picture Ri-Ri and the trouser snake can start ‘Running the Town’ together. If its not love at least they’ll be making sweet music…..