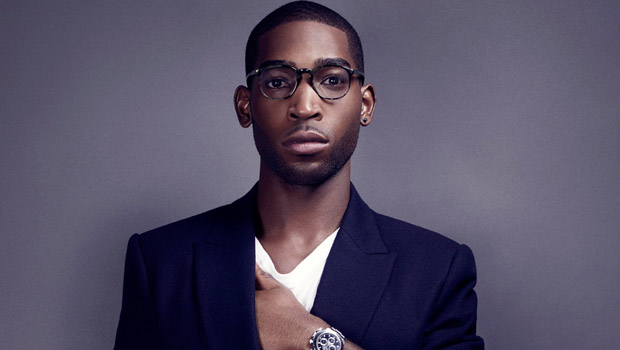 With fans and critics eagerly anticipating sophomore album Demonstration, the spotlight has never shined brighter on rapper Tinie Tempah. The southeast London-born artist has rocked dance floors from Miami to Ibiza and even performed at Glastonbury following the release of debut album Disc-Overy. Now Tinie talks to Flavourmag about inspiration, evolution and a new and original generation…

Emerging from humble beginnings on the grime scene, Tinie has propelled from local talent to international star. It’s an amazing journey we want to know more about, as well as his growth as an artist, and of course we are all ears as far as his upcoming album demonstration is concerned and what it means for music fans everywhere. And just what it was like working with that Dizzee Rascal? Tinie Tempah tells us all about it… Why is the album called Demonstration?
I wanted to demonstrate my evolution from still being that guy from where I came from, to evolving more into an artist writing songs.When I dropped ‘Written in the Stars’ it was crazy how it touched so many people from countries I didn’t know. I wanted to showcase everything I’ve seen and learnt, and how much that’s made me evolve into more of an artist.

How did you find the balance between maintaining the more commercial sound with an organic sound?
Naturally, I’ve always been a fan of all types of music, travelling and listening to various genres as well; hearing different sounds – as much as I listen to Jay-Z, Kanye and Drake, I listen to other things too – and taking inspiration from genres I’ve heard and applying it to my music.

With all your success and the type of music you make, do you feel any pressure to make more mainstream sounding music?
Yeah, I definitely feel there’s a duty to make myself digestible to people; coming off the back of the first album, I felt I had an obligation to make it appeal to the world. When I think of artists who are known internationally, like Jay-Z who’s American, you see him as an international artist, not American just because he has an American accent. So that’s what I wanted to be: I wanted my music to be sonically digestible to everyone who heard it.

Do you ever go into creating an album with the intention of wanting to win an award, or is it solely from the heart?
I make music from the heart – but even in your mind I think you should have big aspirations. I remember recording in Usher’s studio and it had this quote, ‘Evolve or be extinct’, that stuck with me. But naturally it all comes from the heart; but there’s a science to making music that you got to apply to it.

What was it like working with Dizzee on ‘Mosh Pit’?
It was nuts – he gave me that old Dizzee Rascal I remember when I was 12 and saw him performing with Wiley, and I ran after him and told him who I was. And now to be working with him is an amazing feeling; for me, personally if it wasn’t for him there wouldn’t be a lot of us around: to see someone like you, succeeding the way he is, makes you feel that you can do it.

The track ‘Children of the Sun’ is aimed at a generation it seems many people today have written off. Did you ever foresee yourself becoming this famous when you were younger? And for the younger generation out there who have similar aspirations, what would your advice be to them?
Well, I always wanted to be. For me, if there was no Dizzee or So Solid, it wouldn’t have appeared as real as it would be. I remember when I watched ‘21 Seconds’ for the first time and thought, this is actually real for us English boys to do. Back then there weren’t a lot of outlets. When I saw my video for the first time on Channel AKA, I was like shit, I’m on TV; but nowadays there are so many media outlets, so people think they can upload a couple of videos and they’re gonna instantly get a record deal… My advice would be to take advantage of all your resources and try and become an artist by being original. It takes more than just being able to spit or sing in a booth – you gotta network and be on your P and Qs; it goes a long way.

With the success of your first album, what do you consider a success on this album?
Just reaching a wider scope really, it being bigger and better than the last one, just having more people hearing and loving it.