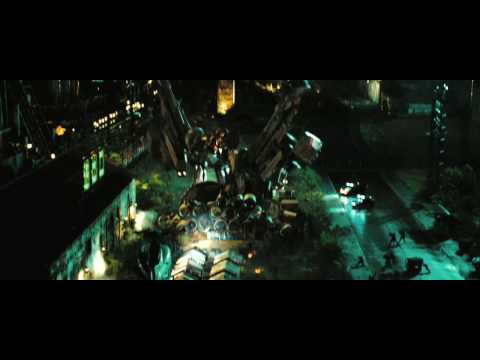 Set a few years after the last one ended, Sam (LaBeouf) is getting ready to go to college but his girlfriend Mikaela (Fox) is staying at home to help her recently-released-from-prison father get back on his feet. Autobots now work with the US army and led by Captain Lennox (Duhamel) and Tech Sergeant Epps (Gibson) help find and destroy Decepticons who have found their way onto earth to wreak havoc. But all is not as it seems and while life appears peaceful, Optimus Prime (voiced by Cullen) is anticipating an attack from the long defeated Fallen, who is set to rise again and destroy earth once and for all. Our only chance of survival is Sam, who after being touched by a random piece of the Cube, is having visions that reveal the codes Megatron (who has been brought back to life) requires to help the Fallen take over the world. But the codes also reveal the location of the device that will resurrect Optimus (who has now been killed) who is the only Autobot who can defeat the Fallen.

Revenge of the Fallen is a fast paced, action-packed, larger-than-life blockbuster that does exactly what it says on the tin. There is no pretension at being metaphorical for the current financial crisis, or symbolic messages for mans ecological relationship with the earth but rather it’s a film that is simply about blowing stuff up and putting the $200 million budget to good use. Therefore style has trumped content and the incredibly good looking film has increased its locations (we now travel to France, Shanghai and Egypt while the first film was set in LA), robots (we have 30 compared with Transformers’ 11), and shots of the scantily clad Megan Fox, dramatically.

For the most part this method works and while the unnecessary complicated, two-fold storyline does push the stretch of the imagination a little too far and the second half could do with cutting back 20 minutes, Revenge of the Fallen is the perfect sequel to the $300 million grossing, franchise kick-off.