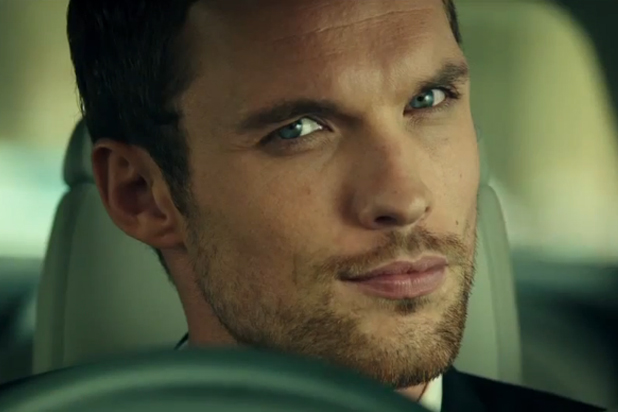 British actor, Ed Skrein, seems to be all over the place right now. We are about to see him take over from action man Jason Statham as the new face in The Transporter franchise’s new outing, The Transporter: Refuelled.

But Ed’s cinematic domination isn’t about to stop there and we couldn’t be happier as he is about to star in another three films in the form of The Model, Kill Your Friends alongside Nicholas Hoult and the highly anticipated Deadpool with Ryan Reynolds.

However, Ed isn’t a new face to drool over; he has actually been around for quite a few years. Camden lad Ed started off as a Rapper performing with the likes of best mate Plan B aka Ben Drew and Asian Dub Foundation, but we are thanking our lucky stars he decided to take the route down the acting path. We think Ed has a bright future ahead of him and believe he is about to blow as the next best British actor out there. We love you Ed and we are backing you 100%.

So let’s take a look at where you would have seen Ed Skrein before.

Related:Video Interview: Ed Skrein gives us the lowdown on The Transporter: Refuelled and Deadpool.

Ed’s first acting role actually came in the form of a lead in Ill Manors, a story surrounding the mean streets of East London. Ed’s role was written specifically for him by best friend, Ben Drew. Ed played the character of Ed Richardson, a heartless drug dealer and Aaron’s (Riz Ahmed) partner in crime.

We next get to see Ed in the 2012 remake of The Sweeney starring alongside Ray Winstone and Ben Drew in the character of David. From this point in we should have guessed that Ed had a thirst for a bit of action on the big screen, setting him up nicely for his future roles.

There doesn’t seem to be anyone who isn’t a fan of Game of Thrones, this highly popular TV series show Ed join the show in 2013 as long haired lovely Daario Nahris. In this clip, he slightly knows how to charm a woman. We don’t actually think he has to work too hard at that, One look into those deep blue eyes, even donning a wig, you’re pretty much a gonna. Hot the tails of Game of Thrones Ed soon popped up in gripping thriller from Sky Atlantic, The Tunnel, Coming from the makers of Broadchurch and the minds of The Bridge (Bron/Broen) and starring Stephen Dillane and Clémence Poésy. Ed plays Anthony Walsh.

2014 Saw Ed play the Hjorr a warrior given the task of saving the king’s daughter in this tale of a band of Vikings who cross enemy lines and fight it out to the death. We can’t help think that Ed’s role in Game of Thrones landed him his part in this period piece. There seems to be a lot of screaming in this film we hope he didn’t lose his voice on this one.

Again, this year we saw Ed take on the role of a grumpy Treden in Sword of Vengeance a tale of a shadow walker’s quest of vengeance when he returns to Norman conquered Saxon Lands after the Battle of Hastings. Treden is very protective over his little gang of outsiders and will do anything to stop this shadow walker from worming his way into their trust.

Finally Ed managed to move away from the medieval storylines to star in this British film about a gang of robbers taking out the “perfect” heist only to come up against a fierce woman who will do anything to defend her man’s property. Ed plays Callum, one of the slightly deranged robbers.

You can next see Ed Skrein on the big screen from 4th of September in The Transporter Refuelled. Kill Your Friends is released on 6th November and Deadpool in 2016.

WATCH THIS SPACE AS ED SKREIN IS ABOUT TO BLOW.