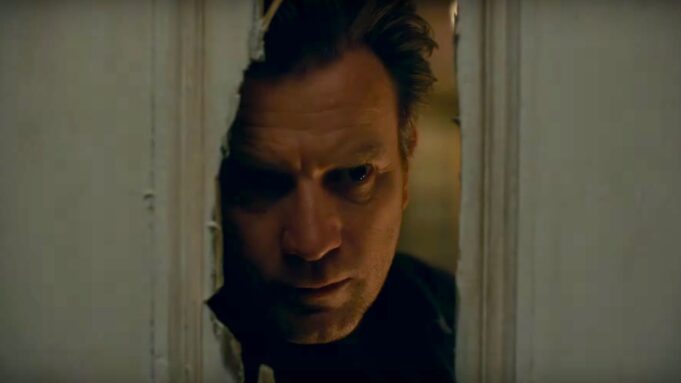 Stands on its own merits with a balancing act that stays faithful to the madness of The Shining but injects an air of horror mastery.

Almost 40 years after Stanley Kubrick gave us his adaptation of Stephen King novel The Shining, filmmaker Mike Flanagan unleashes his sequel to the much–loved classic with Doctor Sleep.  Apprehension and expectation lay heavy amongst fans of both Kubrick and King’s work and Flanagan and his team don’t disappoint with a balancing act that stays faithful to the madness of the ‘shine’ injecting his own horror mastery.

Following directly on from the horrifying events at the Overlook Hotel all those years ago, the story follows the child Danny and his Mother picking up the pieces and moving on with their lives. Time jump a number of years and we have a grown-up Danny (Ewan McGregor), a man so damaged by the painful memories of his past and psychic abilities any alcoholic beverage is his best friend. Moving from town to town and living each day like it’s his last, this fractured man is a ticking time bomb. That is until something clicks and it’s time to get his life back on track.

Where Kubrick’s The Shining was confined to the claustrophobic walls of the Overlook Hotel, Flanagan has opened up this story into the big wide world to introduce a supporting cast that gives the element of physical horror. Now sober, Danny acts as a comforting guide into the afterlife for dying patients at a local hospice, he is also in ‘contact’ with Abra Stone (Kyleigh Curran), a powerful young girl with gifts far more potent than his own.

With Doctor Sleep, we get a physical antagonist – unlike in The Shining – in the form of Rebecca Ferguson’s Rose the Hat. She is a mysterious figure with a gang of merry misfits. Terrifyingly preying on children with ‘the shine’ in order to feed on their souls as they callously take their lives. When Rose becomes aware of Abra and her power the action steps up a notch as Danny and Abra play a game of cat and mouse.

The cast is lead by strong performances from all three of its main characters. McGregor takes charge with effective reality of a deeply fractured man juggling his own demons whilst trying to protect his young protégé from the clutching hands of Rose. Curran’s Abra stands strong and tall against the evils that would, quite frankly, terrify the crap out of any child, but its Ferguson’s creepy Rose that is the star of this show; playing the villain with patience, tranquillity and charming presence.

Flanagan’s film stands on its own merits and it’s truly at its best when the man behind Netflix series The Haunting of Hill House takes free reign amongst the open terrain of the story. Through visuals alone, Flanagan brings ‘The Shining’ to life through a kaleidoscopic lens succeeding were Kubrick may have failed. Being a fan of Kubrick’s film, Flanagan does indulge with recreating scenes that have imprinted the memories of any die-hard. For those wondering if the Overlook even gets screen time, you won’t be disappointed the aesthetics a truely remarkable but the action that takes place can, at times, border on the ludicrous culminating in its weakest efforts.

What makes Flanagan a master in the horror genre is his ability to bring his own creative eye to any project and douse it with originality and not follow in the footsteps of anyone but his own, he has delivered that again threefold. Whilst it helps to have seen ‘The Shining’ it easily acts as a stand-alone film.