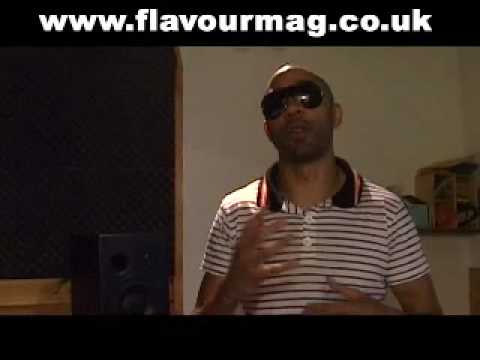 Hackney-born rapper JMC has found success Stateside with big-name collaborations galore. Why are all our UK musicians jumping ship and making for the States? Why go on this mass exodus while British music fans are standing on the shore yelling ‘come back’. The record labels and the A&Rs have all turned their backs.

This is what happened to Hackney-born rapper JMC. Having got bored of not being taken seriously in the UK, the 29-year-old turned Stateside and has since been making music with the cream of US Hip Hop. JMC frustratedly points out: ‘In the US, if it sounds good they go with it. Take Estelle, she had big successes over there and now the UK is realising it.’

Embracing change
The difference between the two major markets is clear: one shies away from new sounds and the other embraces change with open arms.  Constant knock backs from the UK meant that JMC had to turn to the US to get his music projects off the ground. Even though his sound was appreciated here, it wasn’t clichéd enough to pass the industry tests.

‘I hooked up with DJ Spoony who linked us up with someone at Sony and that’s how I came to do a Lemar remix of 50/50.  But they decided to go with the industry standard. I saw my remix as a fresh new sound and they even liked the mix. But they don’t like taking many risks in the UK,’ says JMC.

The UK music industry is tough enough, but with the lack of hope, belief and hard cash being injected into it, this just makes life that much more difficult for the struggling artist. With radio DJs turning their heads and JMC having to work twice as hard to get his music played, he started to reach out to US artists and came back with collaborations galore.

‘I’m just letting people know you can reach them [US rappers] as long as they are people of the same mindset and they speak the same language. I got struggles, they got struggles.’

Taking 35mm film, the same quality used in blockbuster films like Jurassic Park, JMC is ensuring videos for his songs are not your urban standard. Not only that, but he’s bringing US rappers to the UK to shoot the videos – even to his home town Hackney.

His latest collaboration with Cassidy has yielded a summer hit song They MC which is all about his upbringing in Hackney, which sees him rap about guns and drugs and his own dance with death.

JMC is truly doing it for himself. He has his own studio nicknamed ‘The Vault’ and is aiming to bring talented UK’s rappers to the forefront of the music scene using his contacts, experience and studio as a gateway. JMC is truly a musician and entrepreneur.